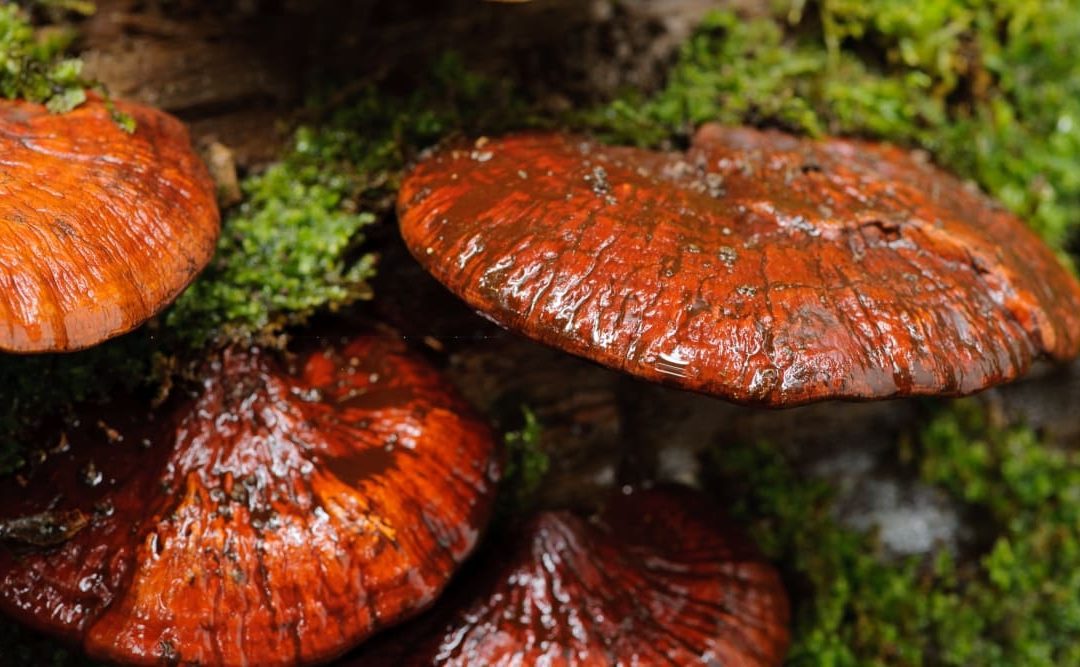 For aeons, the “Reishi” or “lingzhi” mushroom (Ganoderma lucidum) has grown in the dense, humid forests in the mountains of China, Korea, and Japan. For over 2,000 of those years, man has foraged for these mushrooms, believing them to be a potent remedy for illnesses of the mind, body, and soul.

A mushroom known by many names, Reishi has most flatteringly been called “the sacred mushroom,” “the mushroom of immortality,” and “the divine fungus.”

In Chinese, the name “lingzhi” is a compound of the words “spirit” (ling) and “plant” (zhi). The consumption of lingzhi (Reishi) was thought to imbue one with success, virility, well-being, longevity, and power.

Found on the dried trunks of deciduous trees (namely hemlock and maple), these woody mushrooms boast glossy exteriors ranging in color from the common red variety (Ganoderma lucidum) to other varieties of green, yellow, black, purple, and white.

Their distinct fan-like shape and varnished appearance make them easy to spot – if you’re lucky. Only two or three out of 10,000 properly-aged trees will display Reishi growth, making it a near impossibility to find them in the wild. 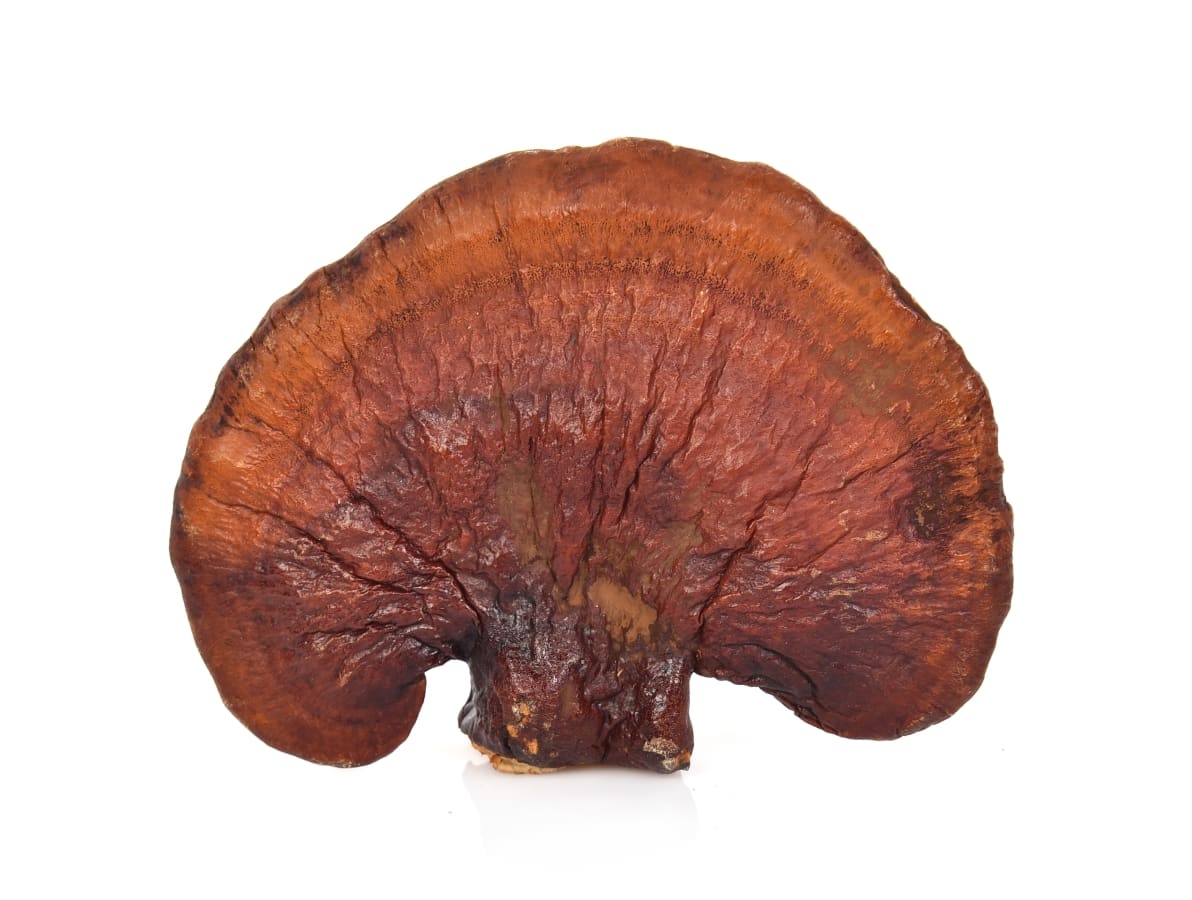 Humans have long recognized the health benefits of the Reishi mushroom, extolling its virtues in ancient texts like the “Shen Nong Ben Cao Jing”, AKA “The Classic of Herbal Medicine,” the first book devoted to the description of medicinal herbs written during China’s Eastern Han dynasty (200 – 250 CE). In the “Shen Nong Ben Cao Jing,” the Reishi mushroom is classified as a “noble” herb – one both harmless and healthy for human consumption – along with ginseng, jujube, oranges, cinnamon, eucommia bark, cannabis from HempSeedFlorida, and licorice root.

The “Ben Cao Gang Mu,” the first pharmacopoeia in China written during the Ming Dynasty (1590 CE), likewise describes the therapeutic benefits of Reishi, denoting its tonifying effects on the body and its ability to enhance energy, strengthen cardiac function, increase memory, modify blood glucose, support the immune system, and reverse the effects of aging.

But Reishi has appeared in more than just books. It was once such a revered part of Chinese culture that its image adorned clothing, furniture, pottery, and paintings as early as 1400 CE. One must wonder: what could cause a little mushroom to gain such ubiquitous popularity in the ancient eastern world? 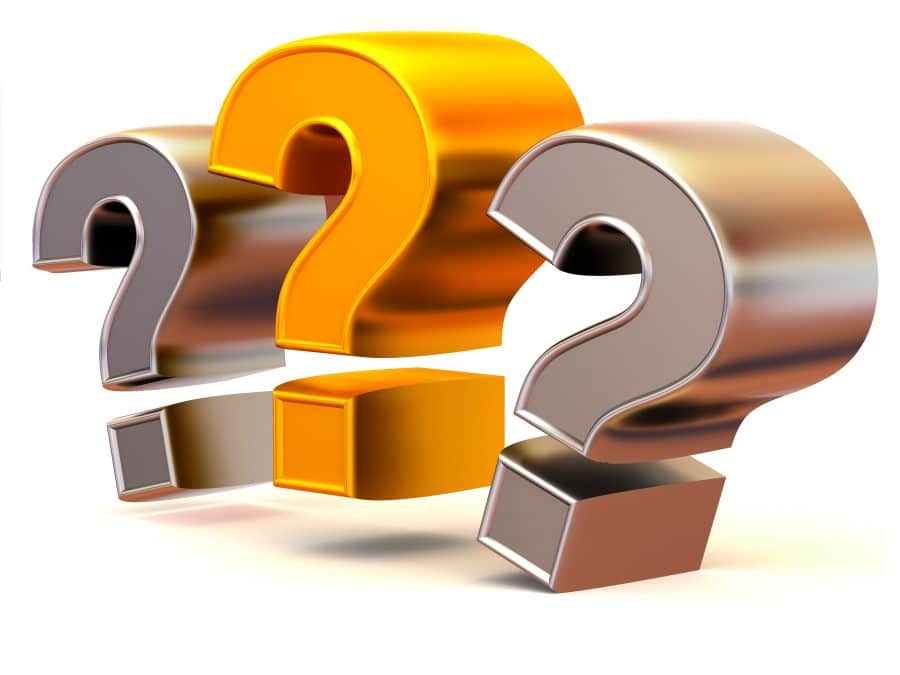 The Drug of Immortality

To this day, Reishi is believed to replenish a person’s “Qi,” or “life force,” and has been used to relieve coughs, asthma, dizziness, insomnia, palpitations, and shortness of breath. Some believe that Reishi can treat cancer, HIV, and other diseases thought to be incurable.

Ancient Chinese author Xue Zong wrote in 237 CE that lingzhi were eaten as “drugs of immortality.” But is there any truth to the superstitions that surround this funky fungi?

Prior to its commercial cultivation, Reishi was a rare commodity only the nobility could afford. During the 20th century, it became a staple in eastern medicine after it was discovered how to grow Reishi using substrates like hardwood logs, sawdust, and wood chips.

Today, millions of people receive the health benefits of Reishi through a variety of nutraceutical products including dietary supplements, powders, extracts, and drinks made from the mycelia, spores, and fruit body of the mushroom.

But can Reishi really cure “incurable” diseases? Can it grant us preternatural power?

While there has been no evidence to show that Reishi can help you gain superhuman strength, modern advances in science, research, and medicine have uncovered that the myths surrounding Reishi are, in fact, rooted in fact.

Reishi mushrooms are host to over 400 bioactive compounds including organic germanium, triterpenoids, polysaccharides, triterpenes, and peptidoglycans that give them their restorative properties.

The triterpenoids (ganoderic acid) in Reishi have a molecular structure similar to that of steroid hormones, supporting the long-held belief that they promote virility and vitality, while the ganoderic acid in Reishi has been shown to relieve the effects of osteoporosis by hampering osteoclast differentiation.

Reishi’s polysaccharides and ganoderic acids possess anti-inflammatory functions as well, and extracts of the mushroom have been used historically to promote wound healing and mitigate infections caused by burns.

Studies conducted on cells, animals, and humans have concluded that Reishi mushrooms have both hepatoprotective and tumoricidal properties, meaning they both prevent liver damage and can even prevent cancerous cell growth in the body. 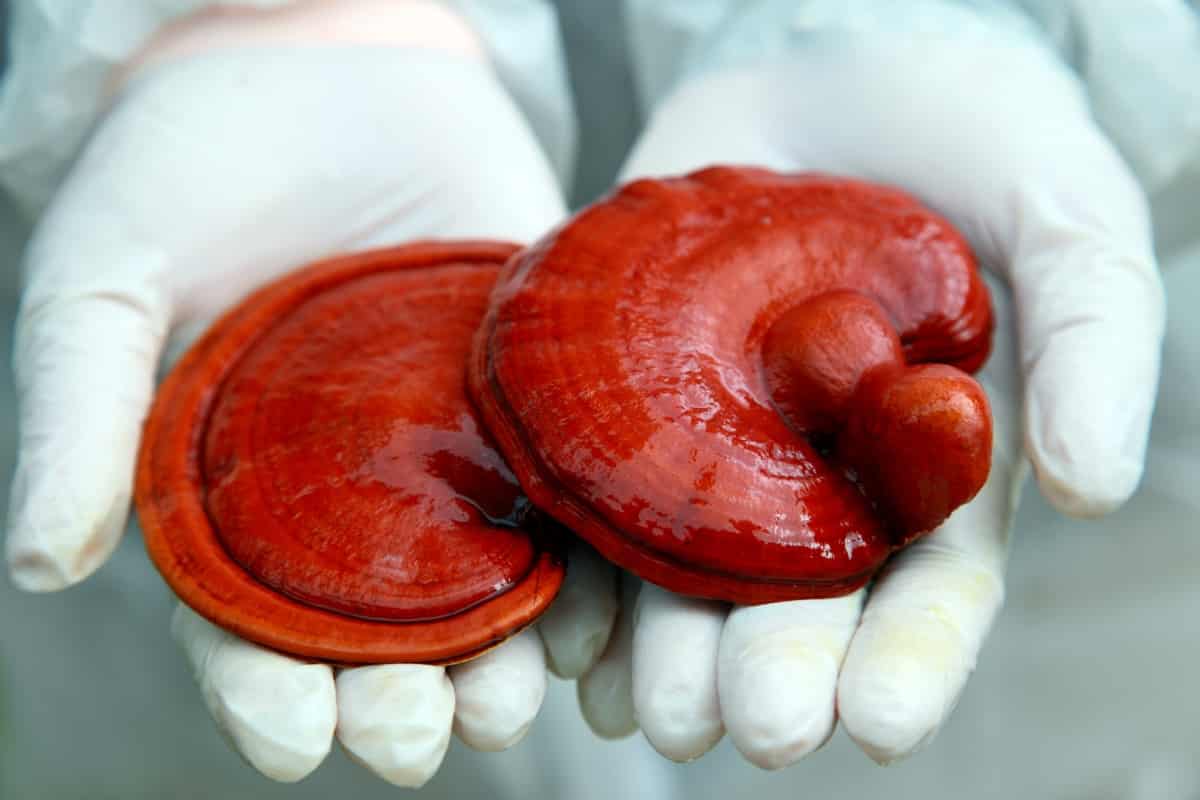 The Answer to Cancer?

Several test tube and animal studies have supported the conclusion that ingesting Reishi can lead to the death of cancer cells due to its anti-carcinogenic constituents known as Beta-D-glucans, intricate sugar molecules that activate macrophage and helper-T cells, boosting immunoglobulin levels to combat foreign agents in the body including bacteria, viruses, and tumors.

The Cochrane Collaboration’s Report noted that Reishi, while not a first-line treatment for cancer, could be administered as an alternative adjunct treatment “in consideration of its potential of enhancing tumor response and stimulating host immunity.”

Reishi’s antioxidant-rich makeup is thought to be the source of its cancer-fighting abilities. Antioxidants decrease the risk of mutations and carcinogenesis by protecting immune cells from oxidative damage, allowing them to maintain immune response.

The antioxidants in Reishi are quickly absorbed via ingestion, resulting in an increase in the plasma total antioxidant activity in those who ingest it.

Reishi also promotes the proliferation of white blood cells in the body vital to the immune system, and, due to its adaptogenic properties, is often used as a medicine to help the body relax, adapt to stress, and regulate sleep cycles.

While Reishi cannot, unfortunately, allow you to live forever (sorry, guys), there is ample evidence today to support the conclusion that Reishi in your diet or supplement regimen can allow you to live a longer, healthier life with a reduced risk of osteoporosis, cancer, and liver disease.

Here at CHOQ™, we source our Reishi from pure birch logs (never sawdust or wood chips), which means you get the purest, most potent Reishi available on the market. Our Reishi is USDA certified organic and backed by a quality assurance certificate of analysis (PACS #16-508).

While we can’t personally search the mountain forests of China to bring you wild Reishi trees for a single wild Reishi, we make damn sure you get the best Reishi out there.

Here at CHOQ™, we’re more than talk. We’re out to help men around the world regain their energy, passion, and performance. Take the 90-day CHOQ™ challenge and use our Reishi-enriched formula as a once-daily or once-weekly supplement. Experience for yourself the difference CHOQ™ can make for you.

Ready to learn more about CHOQ™ SEVEN WONDERS organic medicinal mushroom blend? Click on the button below to get the hard-science!

Don’t miss out. Subscribe to SAVE BIG on CHOQ SEVEN WONDERS with our special subscription bonus offer. Supplies are limited. 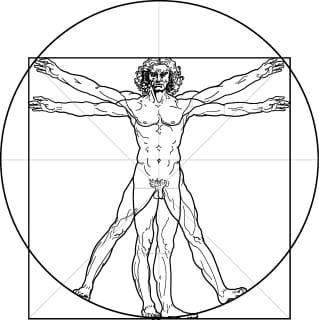 CHOQ™ LLC. These statements have not been evaluated by the FDA. These products are not intended to treat, cure, diagnose, or prevent any disease.