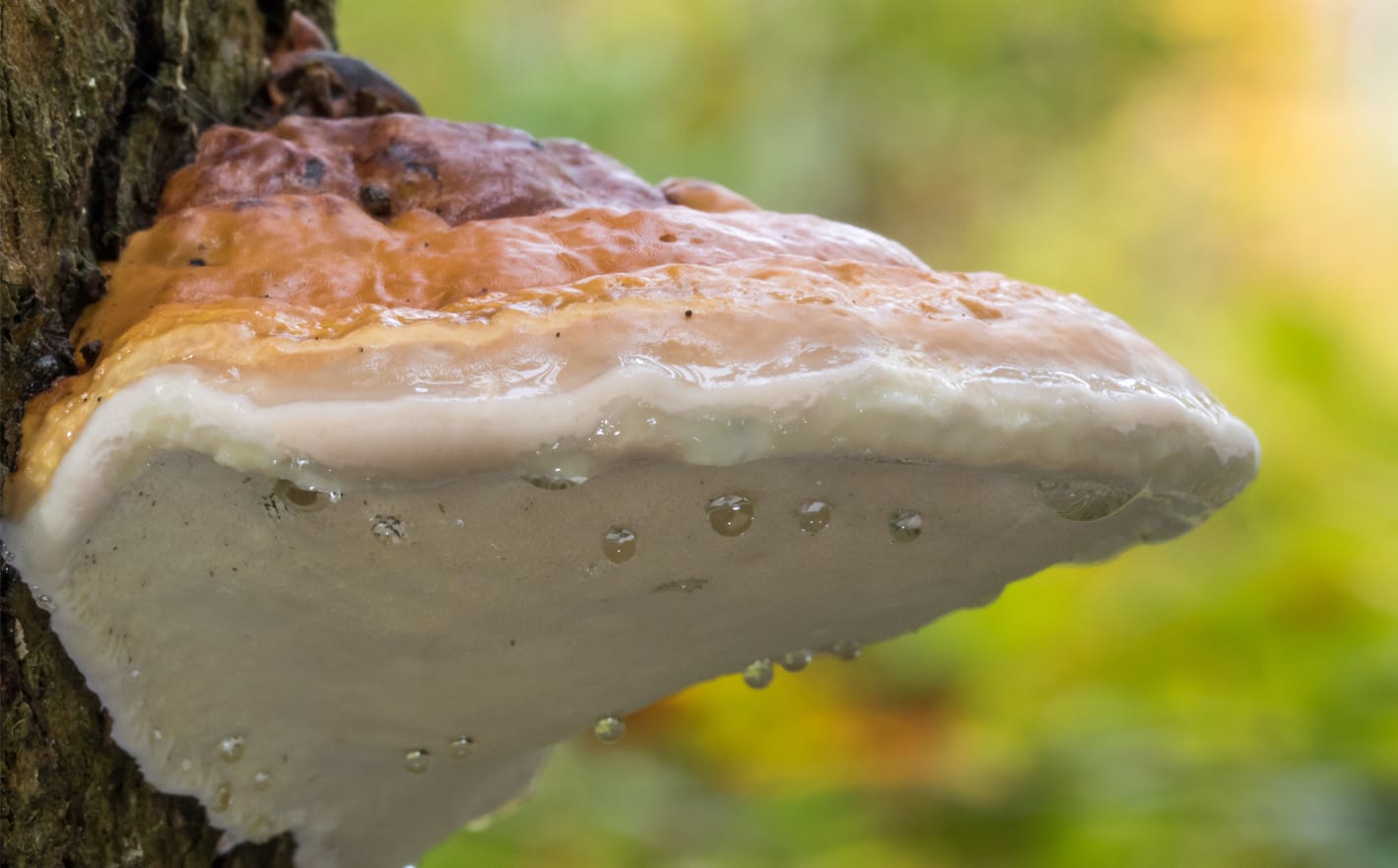 A Walk In the High Mountain Forest

High up in the mountains, adaptogenic mushroom marvels can be found in nature. In the backbone of Turtle Island, the Swiss Alps of America, very high up at about eight to nine thousand feet, exotic micro-life activity can be witnessed.

This adaptogenic intelligence of the woodland fungi allows for frost and thaw resistance, and tolerance of extreme cold and damp conditions. In the high mountain forest, a recycling of monatomic elements occurs. In these living jewels, you find rare bioavailable elements like rhodium, osmium, ruthenium, chromium, germanium, and so on.

Chaga, Turkey Tail, Lion’s Mane, and others, can be found up in the trees in such untouched conifer forests. Each is a good example of a monatomic cycler of nutrients. In the pristine forests, notably at high elevations, such monatomic elements are highly concentrated.

Adaptogenic mushrooms are known to improve all nutrient uptake within the biology of the forest. In these forests, all beings are related and live in a symbiotic relation with one another. All life is related to each other in the forest. 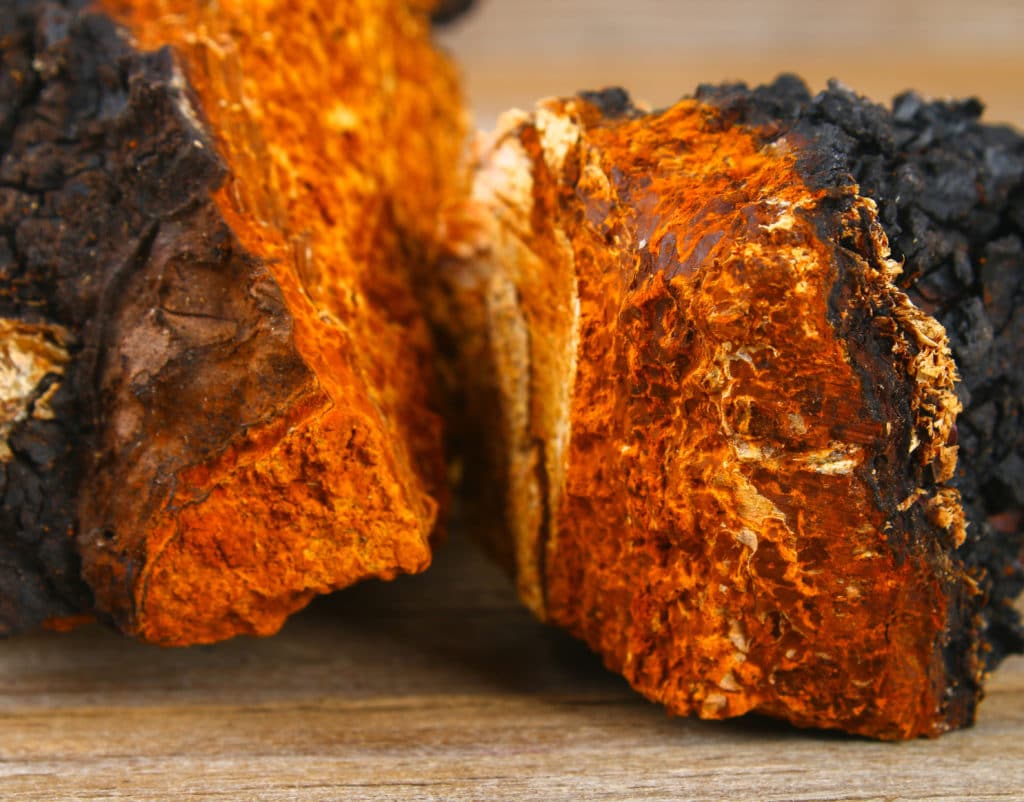 Chaga can be seen growing on stands of Birch and Aspen, and is loaded with bioavialble germanium and iron. All adaptogenic mushrooms have special niches where they can be found. Some for example are only found on slopes facing a certain direction, or on certain species of trees.

All adaptogenic mushrooms are full of enormous amounts of rare elements that they have collected and stored. These elements then are made available for nutrient recycling within the forest. These mushrooms perform the same function within your intestinal tract too.

Medicinal properties found in such mushrooms can cause you to experience profound well being and robust immune health. Many contribute to brain vitalization and can enable synchronization of the hemispheres of your brain. All adaptogenic mushrooms have very beneficial application within our bodies, especially as antioxidants and in promoting a healthy inflammation response.

The forest bears many delights and wonders, and many cultures revere the kingdom of the adaptogenic mushrooms as the pinnacle of intelligence in the forest.

The intelligence contained within such organisms can stimulate your immunity, regulate cardiovascular function, protect your liver and gallbladder, even heal up a compromised bowel. Traditionally, these adaptogens were consumed regularly in tea form, and also used as a sort of condiment incorporated daily into healing broths, soups, and stews.

Cordyceps mushroom is one type of adaptogen rich in folate, thiamine, and riboflavin. You have a mushroom that in a time gone by was reserved only for royalty. Can you taste something so powerful that it’s known to improve all functions involved in transportation of magnetic energy through your entire body?

Adaptogenic mushrooms can bring relief to a stressed out brain, improve sleep, and can even assist you feel more social.

Folate found in adaptogenic mushrooms can contribute to keeping your hair in good condition and not falling out. Such fungi are important for your bone, nail, and skin luster and vitality.

This is just a small look into what you find on a walk in the high mountain forest, collecting treasures and making medicinals.

Adaptogenic Mushrooms Are Rich in Vitamin D and Niacin Factors

You can find certain medicinal mushrooms that also have humic and fulvic acid within, both of which are essential weak organic acids largely missing from our food supply. CHOQ’s Seven Wonders is an example of a mushroom formula rich in niacin like compounds, and the adaptogens within have been shown to supply NAD+ to your cells. Read more about the benefits and effects of NAD+ here.

Through study of the plague, it was discovered that consumption of indigestible protein and rancid fat created a plaque in the intestine.

NAD+ elements found in these forest dwelling mushrooms can act to displace crud and debris from the cells. This is because NAD+ supplies the energy to get this done.

Adaptogenic mushrooms have an abundance of myconutrients within this class of protective compounds. When the soil of the forest is kept healthy, you have every element you need in its most bioavailable form. The same can be said of the soil of the garden in your gut.

Oxygenation of cells is shown to increase dramatically when you consume adaptogenic mushrooms. A small handful of dried material can have a tremendous amount of natural, wild vitamin D.

Forest dwelling adaptogenic mushrooms have so many valuable trace elements, including zinc. These nutrients can benefit your body by making a potent antioxidant called superoxide dismutase, a free radical scavenger among the most powerful antioxidants on earth.

Having the ability to modulate their effects in one direction or another according to what your body requires, these compounds are highly adaptogenic. 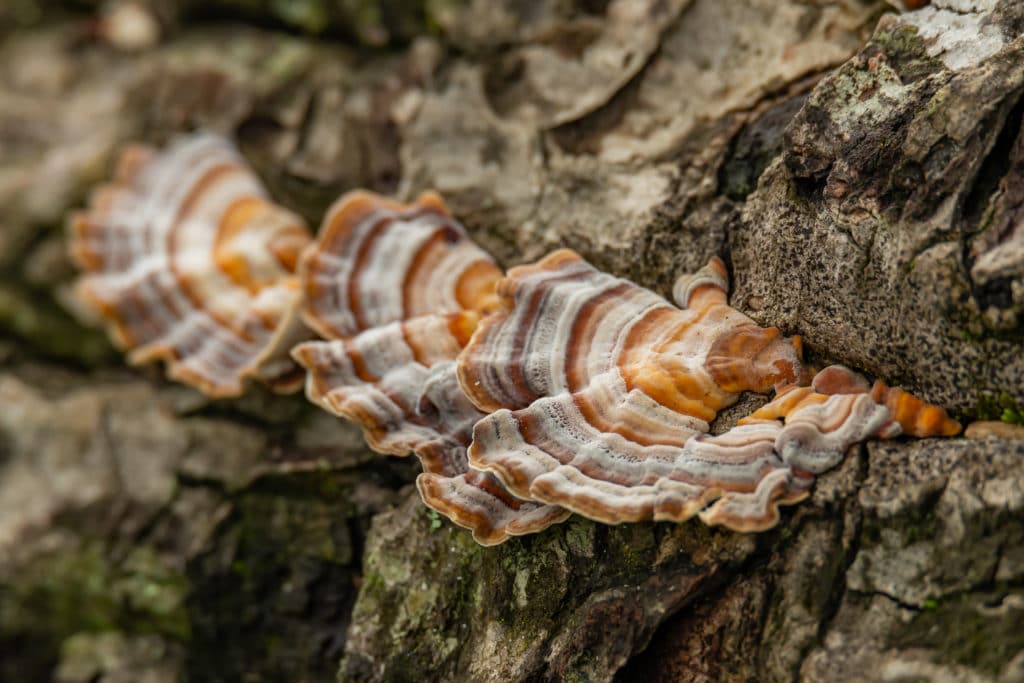 In the forest is our ancient and timeless spirit. Could you say that this is the wilderness inside you? With your tasting, chewing, and drinking what juices flow from these forest gifts, you feel a part of all creation.

In the forest alone, mediocre feelings of the city and suburbia are lost, and an otherworldly realm of hidden wonder can spark a fire within you. In every forest, below your feet as you are walking through, is a living network of a teeming mycelial mat, connecting all life within this forest together.

Every forest has below itself a living and thriving community. Adaptogenic mushrooms function in a way as a brain of the forest, and the corresponding neural network is the mycelial mat.

Only a part of the forest’s totality, yet a wiser and older being, the polypore mushrooms connect all together. Such mushrooms growing high up in the mountains have extreme adaptogenic properties that can restore and normalize body functions.

For eons, adaptogenic mushrooms have been referred to as healers by cultures all over the earth. These organisms express excellence in every environment, and this includes the terrain within.

Adaptogenic properties expressed by polypore fungi make them among the most sought after medicinals. Remarkable nutrient value is noted in each of the several revered species of such mushrooms. All of these nutrients are upcycled from the forest, and are full of generally rare elements.

These elements exert powerful effects as catalysts to bring the body’s systems back into balance again. Medicinal value in polypores, such as Chaga, is information encoded and left here for generations to benefit.

Into the future, with these forest environments preserved, with stands of old growth kept and the shade of the canopy returned, this valuable inherent wisdom can persevere. Soil can again be reconditioned to support a healthy fungal ecosystem.

The ancient wild environment of pristine past ages can be returned. In a forest where fungi can thrive, peace and calm be restored. Collecting adaptogenic mushrooms directly from the wild, you can feel how we are related to all.

These mushrooms are a distant cousin of yourself, really.

CHOQ’s Seven Wonders (read more about the benefits here) is an immune enhancing formula made of the finest polypore and medicinal fungi on earth. All extracted naturally and full of active compounds that assist you to remain in excellence.

Many conditions can be dealt with powerfully via nutrients found inside adaptogenic mushrooms. The fluids of your body can flow with vigor as these compounds actively pull water out from between your cells so they can breathe again. 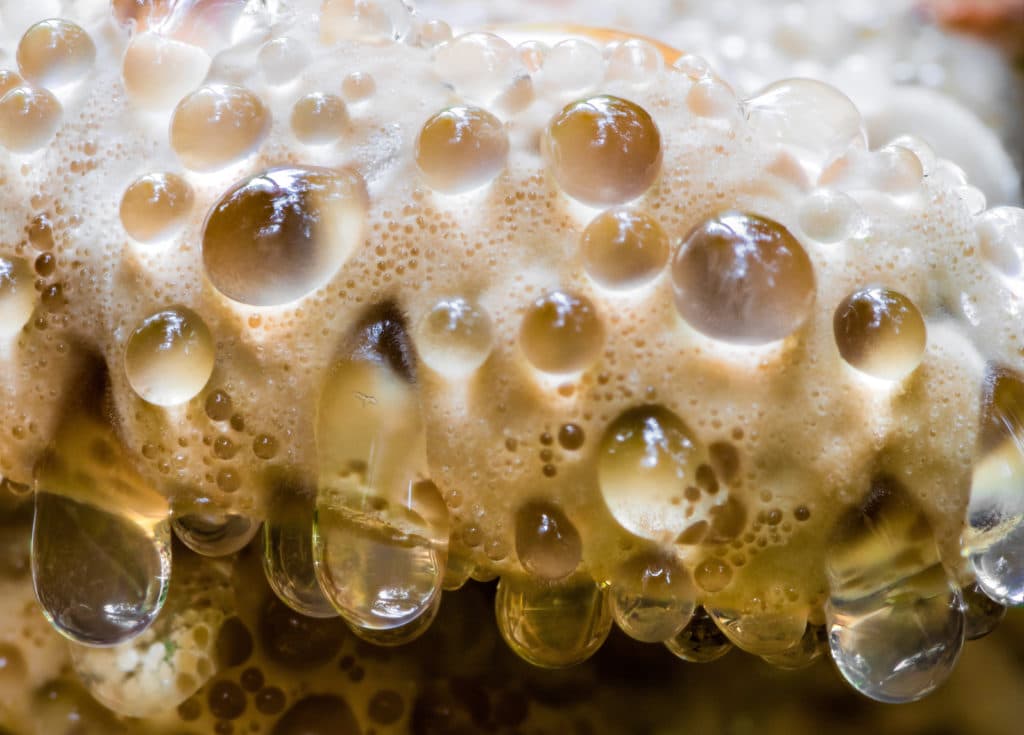 Such a formula that you take regularly, that’s made up of well-studied and revered adaptogenic mushrooms, can reduce stress. You get relief from body tension and you have a calming effect. Your energy can flow freely so you have the ability to get things done, yet you feel balanced and not over-stimulated.

You’ve got to have motion in your ocean. Otherwise you might have only been about the notion of a potion.

Adaptogenic mushrooms help to stimulate blood flow to the peripheries of your body  – the furthest reaches of outer space inside ourselves. The peripheries are the extremities, the head, and the groin area.

Through enabling such micro-circulation, you increase and protect your fertility.

Adrenal exhaustion is far too widespread today, and adaptogenic mushrooms restore your exuberant energy. Inside these organisms, nutrients reside that can even assist joints and bones to heal.

When you partake of these nutrients, you have an internal luster restored. Often this is because you are bringing in what the body has had a shortage of.

Vitality returns as relentless habits are modified or cleared away. Adaptogenic mushrooms bring back the intelligence of the forest to your kingdom within.