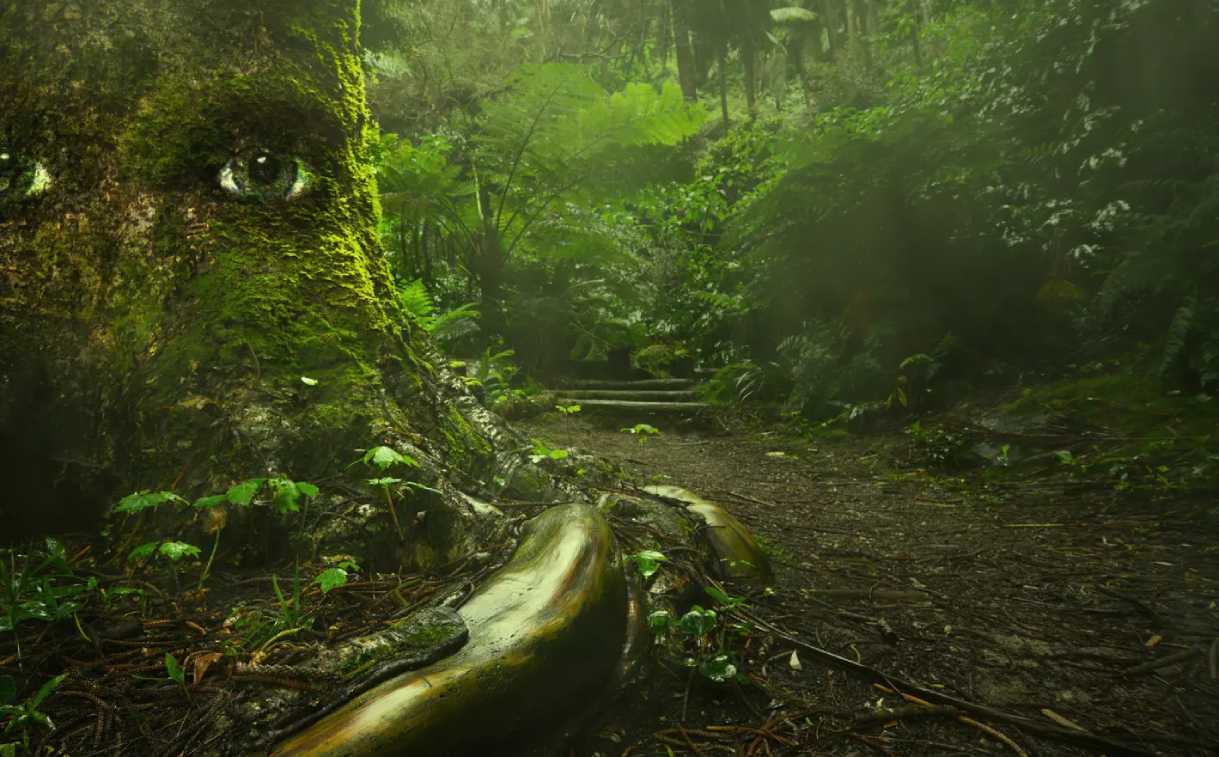 Consciousness: Do Plants Have A Mind?

In microbiology, what is seemingly inanimate is what life is composed of as colloids. Colloids of life, the smallest building blocks, are inert. These colloids possess Brownian movement and dance around. They are tiny whirlpools of magno-electricity that form parallel arcs.

As such, these colloids are like bubbles in the ether and cannot be cut with a diamond knife nor can they be irradiated or chemicalized. Heat or cold cannot destroy them. They are the building blocks of all life as all organelles.

This symbiosis gave rise to more complex lifeforms that arose inside plants as it’s organelles, called plastid. In animals this lifeform became mitochondria. All life is connected to this primitive life form called cyanobacterium.

All land plants and animals, and sea plants and sea animals, stem back to this common microorganism ancestor, a blue-green algae lifeform. Land plants started to grow, and sometime after this, animal lifeforms arose in the sea.

Such life begins with a symbiotic relation of blue and red algae living in mutual assistance. Some developed a small motor called adenosine triphosphate (ATP) that can spin at one thousand five hundred revolutions per minute.

With this motor, this little life form can spin a little flagella tail and so became very motile to swim. Then, they learned to go after nutrients and avoid harm. These little lifeforms also learned to reproduce and to assist each other in a symbiotic relationship. 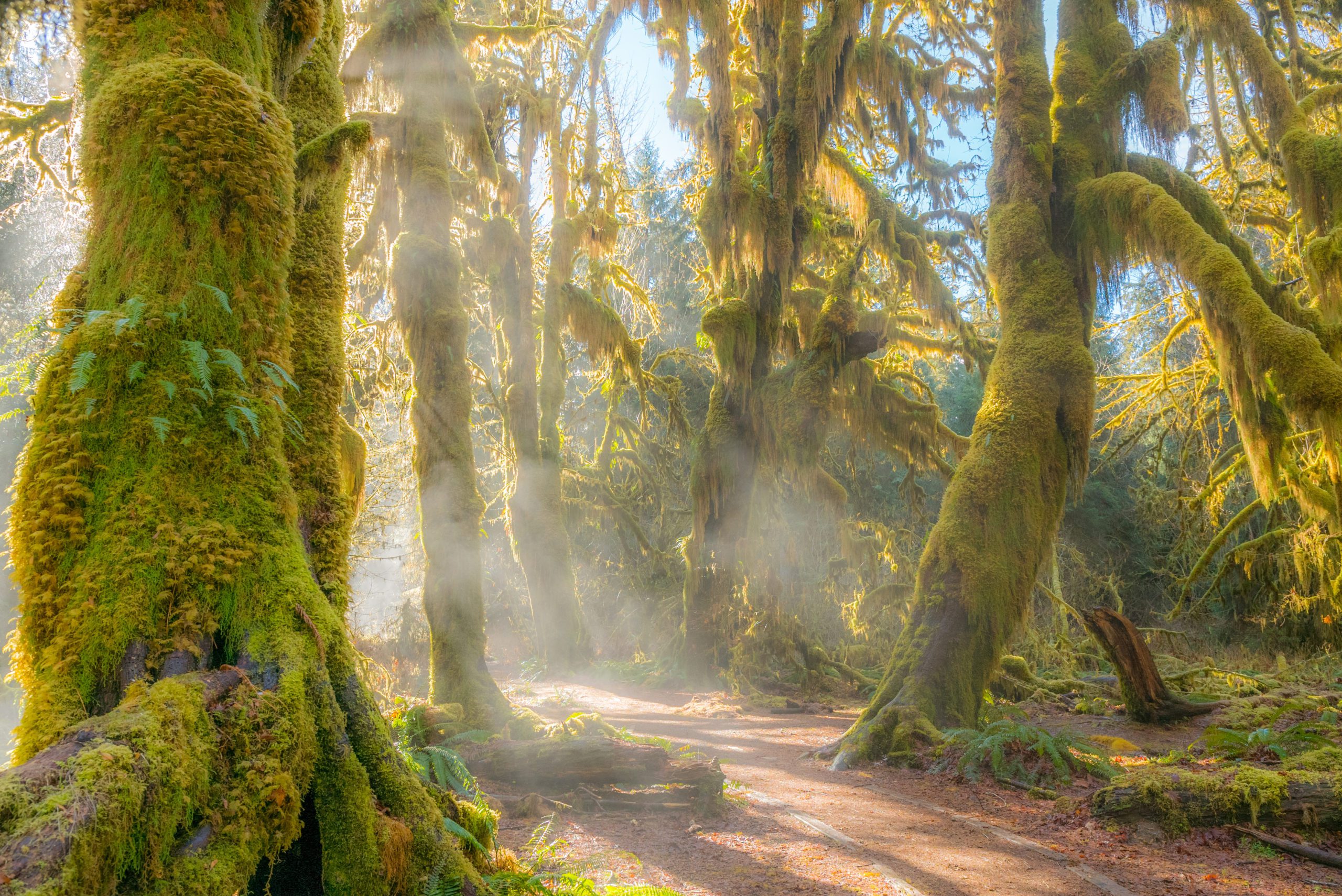 It was only a short while after this that mosses called bryophytes came to be. Before long, there were some twenty six thousand species of bryophytes.

All the bryophytes began under water. In such lifeforms you don’t have roots or veins. So, they can catch onto the water currents and also the wind, to be spread around to all the micro-niches that bryophytes now inhabit.

These bryophytes colonized many niches after various calamities occurred, from meteorite and asteroid impacts. The poles having sometimes changed also cleared the way for bryophytes to inhabit new territory. Subduction and elevation of the plates in relation to the sea water level also opened new habitats for bryophytes.

Over time, sea water came to be continuously covered over the land. There is not a mountain in the world that didn’t have sea water over it in the ancient past.

Peat is an example of a bryophyte. An average tree today can have up to twenty species of bryophytes observed living in symbiotic relation within the tree.

The blossoming of life continued as trees developed a way to propagate themselves by producing a seed that began inside a gall. All fruit came to be formed in this way.

All species have arisen from a deep connection to each other that, as indicated above, arose from a common ancestor. Yet, do plants also have the same behavior as animals do?

I think you might be surprised that they definitely do, and they are very much the same as animals. Plants just move a lot slower, that’s all.

Ordinarily this life form acts as a carbon trap and also an oxygen producer. Bryophytes can show you if a habitat is healthy or not. Similarly, insects are supposed to be flying through the air, for if they don’t, no formic acid can exist in the atmosphere. Without formic acid, connective tissue can have very little water flowing through itself.

All is within a bio-feedback loop. Even plants have a high degree of consciousness and have developed strategies to have intelligence. For intelligence is the ability to go beyond any prefixed patterns of response to survive in a changing world.

All of this requires a great amount of consciousness, existing in a symbiotic union of mutual lived assistance. 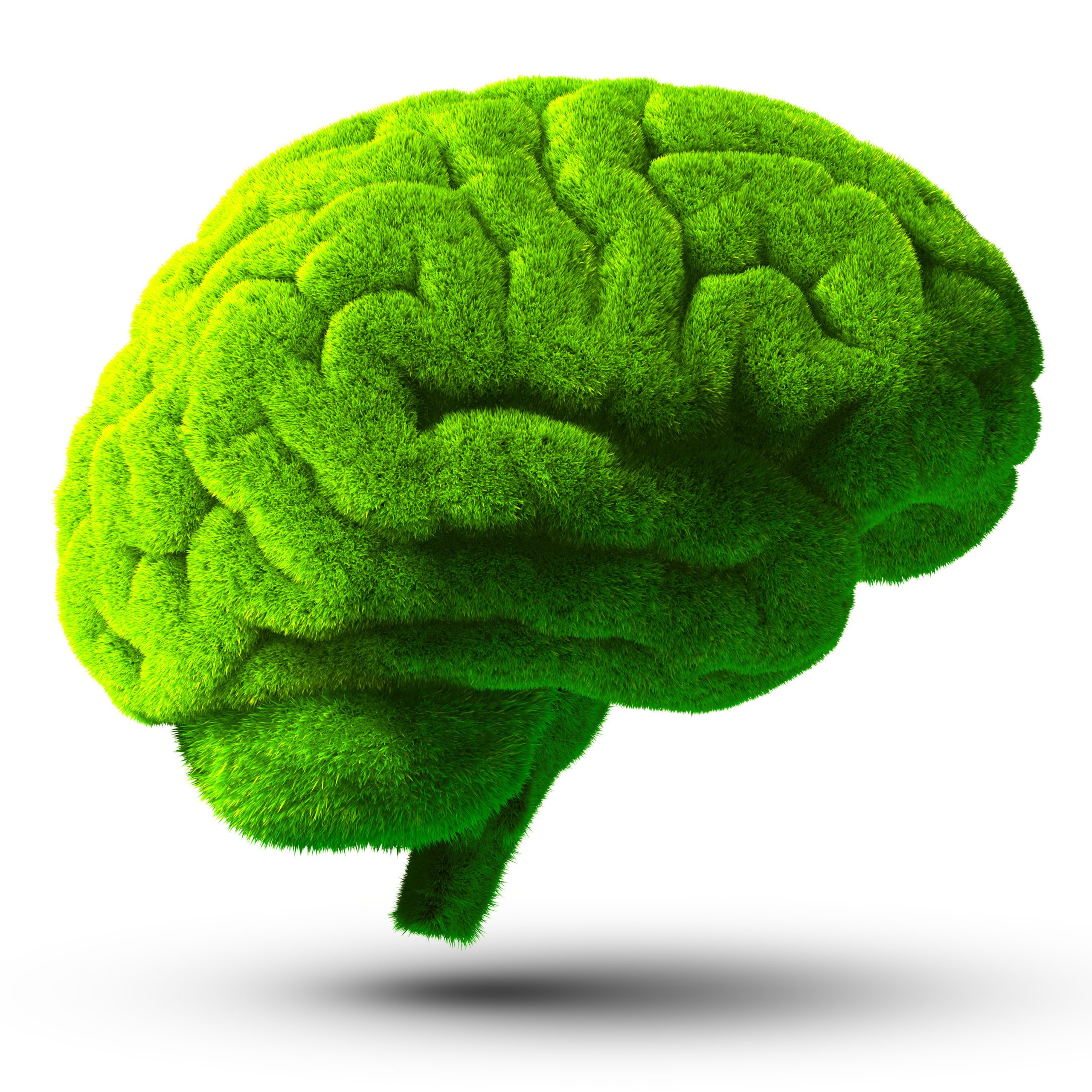 When you look outside and you can see many species of bryophytes, you can know that the lungs of respiration are around you. You have oxygen creators and you have carbon dioxide traps.

Soon sugar arises and begins to sustain many other life forms that are also existing in a mutual lived assistance. We must consider all of life to be cared for, for if it isn’t…only a consciousness of stress can have mostly existed.

Life emits a message to all other life, for all life is communicating through a field of primary perception.

Going back to our story, the bryophytes welcomed oxygenated life forms. These life forms acted as lungs and supported a symbiotic union that all has come to be from;

Plants have a lot of behavior in life and in strategy to survive like an animal does.

Plants have developed very sophisticated responses that show all plants have some form of consciousness. Plants can certainly have a good conversation with each other, and look after each other as well.

Plants also can form relations with insects, birds, and the animals in their environment. 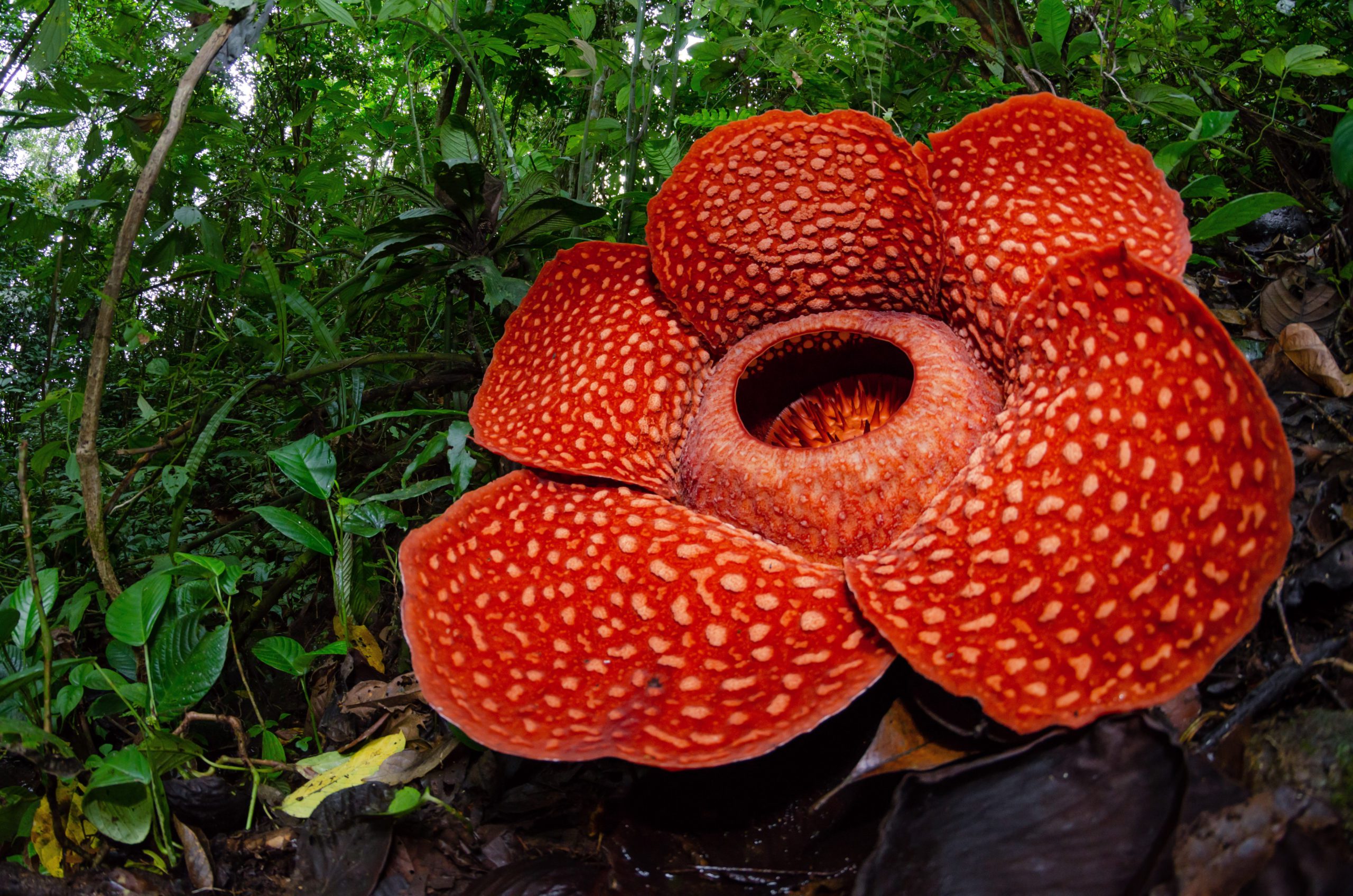 Plants can move a bit quicker or slower than animals do, yet a plant is more fixed locally whereas an animal can move more around. That’s all really.

A Venus flytrap can have snapped shut to entomb an insect that digests itself. Such a pitcher plant has learned how to trap nutritive stores for itself. Isn’t a plant’s roots like this too? They branch out searching for its food and speeds toward it.

As a root arrives at the nutrient, it stops and draws in what it requires from soil nutrient deposits. You can see the plant’s roots moving and growing in search of food.

A plant has apparently no ears, eyes, nose, or seemingly a mouth. Yet is a plant capable of tasting nutrients to know what goodness exists there? Is this not consciousness?

Vining plants reach out, seemingly without eyes to see, and find supports to attach to. This happens by the plant sensing magnetic fields with it’s own sensory perception and reaching itself toward such a field.

Predator plants can “sniff out” another plant nearby to form a relationship with.  This is an animal-like behavior.

Plants can also produce remarkable effects through elemental exchanges with other life forms. For example, a plant can offer some element and if another life form took too much, the plant reacts to stop the animal from eating more.

Some plants can even produce compounds that have the effect of causing a life form ingesting it to be easily detected by a predator.

A plant can change its pollination so fast that it can develop another strategy to be able to reproduce by changing its flower. So, plants are certainly self aware.

Plants certainly interact with each other and produce pheromones to “talk” with one another. Plants also provide elements that can be applied by other life forms. So generally all plants within an ecosystem do have a symbiotic relation with each other.

Have plants evolved more DNA than you and I? Intelligence is the ability to go beyond a prefixed pattern of response to survive. Plants can produce a toxin that can regulate its predator numbers so that it stays below a threshold that can be supported by the plant.

Plants can produce such a toxic poison to thin out predators via increasing the rate of fermentation in an animal’s gut, for instance. This causes the predator not to be able to obtain any nutrition from food.

Plants can achieve this effect by producing tannins beyond what it ordinarily may have.

So a plant can thin a herd and set up elaborate traps to assist with such. Plants can create a slippery “slide” to funnel nutrients into itself. Plants also have a social life.

Knapweed is a terminator with its roots. It can produce a chemical that doesn’t allow the roots of other plants to exist, and this is called allelopathy. So knapweed can take over an area unless other plants can also produce a substance that allows this chemical to not impact them.

Soil can be made more or less habitable by microorganisms living in symbiotic relationships with plants. A social interaction occurs of “like attracting like” and dislike repelling dislike. Plants can recognize who is kin.

Plants have a mind to be able to perceive itself and also its surroundings. No real great divide really exists between plants and animals. 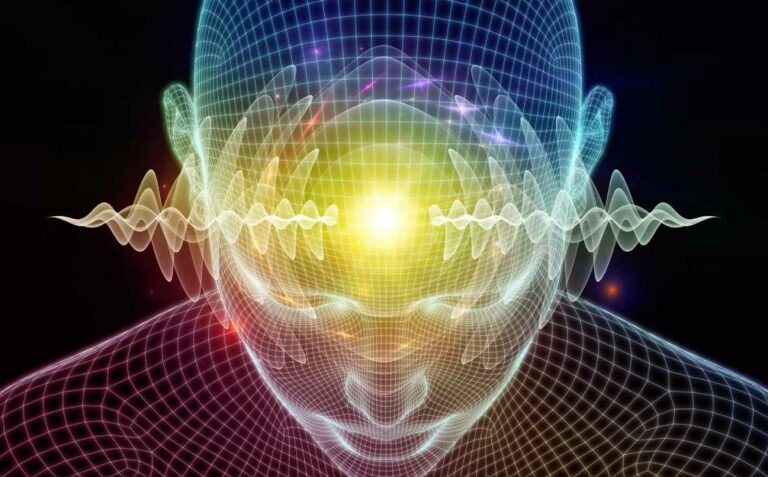 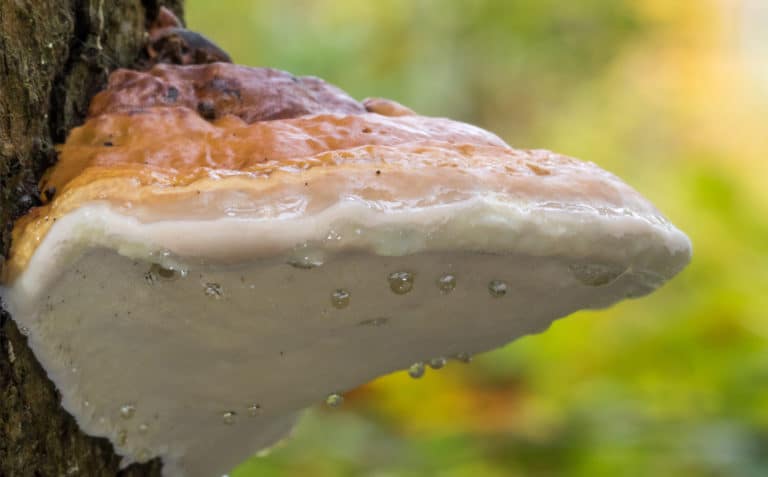