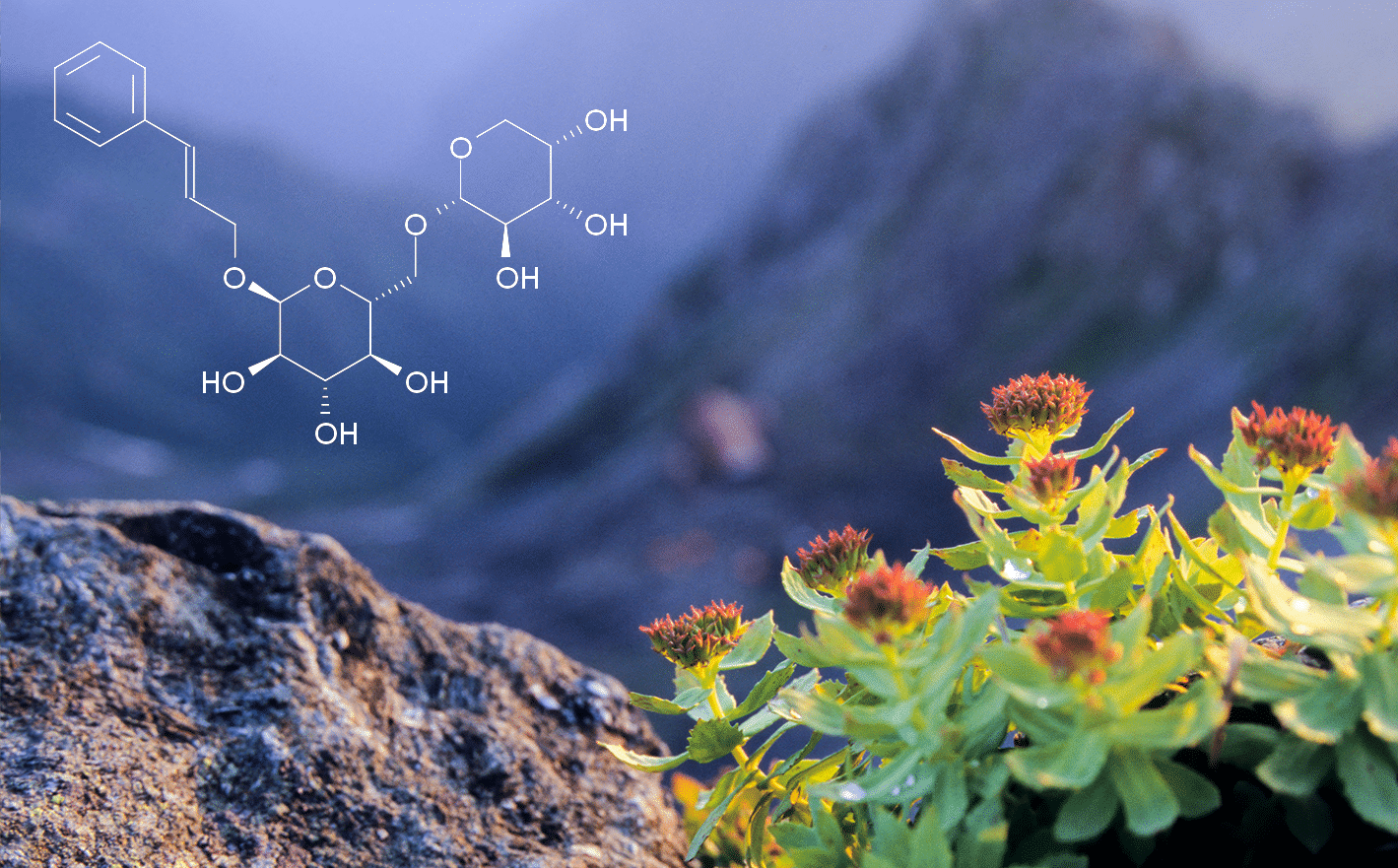 Rhodiola Rosea: the Science behind the Legend

In various cultures around the world, Rhodiola rosea tends to possess a kind of mythical quality to it that might elicit a certain kind of incredulity among hard-nosed scientist types.  So is there actually any science behind this legendary adaptogen?

Typically growing to a maximum height of about two-and-a-half feet and preferring to grow in higher altitudes, Rhodiola can be found in arctic, high altitude regions of North America, Asia, and Europe.

Because the Rhodiola that grows in Siberia is known to be particularly potent, both Chinese and Russian herbalism have made extensive use of this revered adaptogenic plant for its performance-enhancing properties.

In fact, Rhodiola rosea was considered so precious by the Chinese that emperors were known to order their men to travel to the cruelest of terrains of Siberia, risking life and limb, to obtain it.

Rhodiola and the Soviet Quest for Supremacy

Russian Olympians have also relied on Rhodiola to extend their training windows and aerobic capacities beyond normal limits, fueled by the mountains of information generated by Soviet pharmacologists and biologists in a quest to find the ultimate adaptogenic plants to ensure victory in the Olympics, reduce combat fatigue in soldiers, and help cosmonauts cope with the incredible stress of life in space.

“The government took these experiments so seriously that the scientists involved have been banned from speaking of their results or publishing their findings outside the country…Many of the adaptogen tests were conducted in the 1970s by the Ministry of Defense from a sealed research city in the frigid latitudes of Siberia.  The USSR wanted plants that would help soldiers endure nights of frostbite and high elevations in Afghanistan…It was the Rhodiola—a yellow-flowered, succulent that only grows in snow-bound Arctic climates, with a root that smells almost like a rose when you nick it—that elicited the most promising results.”

So it goes without saying that Russia perhaps took this herb more seriously than any other nation on the planet.  It’s a shame that this research isn’t widely available to the rest of the world.

If you’d like to learn more, I talk about the Russians’ use of Rhodiola and many of its health benefits in this YouTube video:

Since that treasure trove of Russian research is unfortunately not accessible to us, the best we have is PubMed.

A PubMed search for the term “Rhodiola rosea” yields 497 results, which is substantial.

Out of those, however, only 16 of them are placebo-controlled randomized clinical trials (RCTs).  Placebo-controlled RCTs are, as those in the research world know, the current gold standard of medical scientific research.

Here’s a summary of the currently available Placebo-Controlled RCTs on Rhodiola Rosea:

3. The effects of an acute dose of Rhodiola rosea on endurance exercise performance

Results: (negative) – worsened fatigue; authors note that “results should be interpreted with caution”

Results: (negative) did not improve ATP turnover in muscle during exercise

9.  The influence of supplementation with Rhodiola rosea L. extract on selected redox parameters in professional rowers

12.  A randomized trial of two different doses of a SHR-5 Rhodiola rosea extract versus placebo and control of capacity for mental work

13.  A double-blind, placebo-controlled pilot study of the stimulating and adaptogenic effect of Rhodiola rosea SHR-5 extract on the fatigue of students caused by stress during an examination period with a repeated low-dose regimen

14.  Rhodiola rosea in stress induced fatigue–a double blind cross-over study of a standardized extract SHR-5 with a repeated low-dose regimen on the mental performance of healthy physicians during night duty

15.  Lack of effect of Rhodiola or oxygenated water supplementation on hypoxemia and oxidative stress

Results: significantly reduced the discomfort from being in high altitudes

Overall, the evidence—although from a modest number of studies—is highly promising regarding Rhodiola rosea’s effects on mood, energy, sports performance, and cognitive function.

Although there are only a handful of placebo-controlled trials on Rhodiola easily available, that doesn’t mean that we don’t know anything about its mechanisms of action and what its doing for us on a biochemical level. 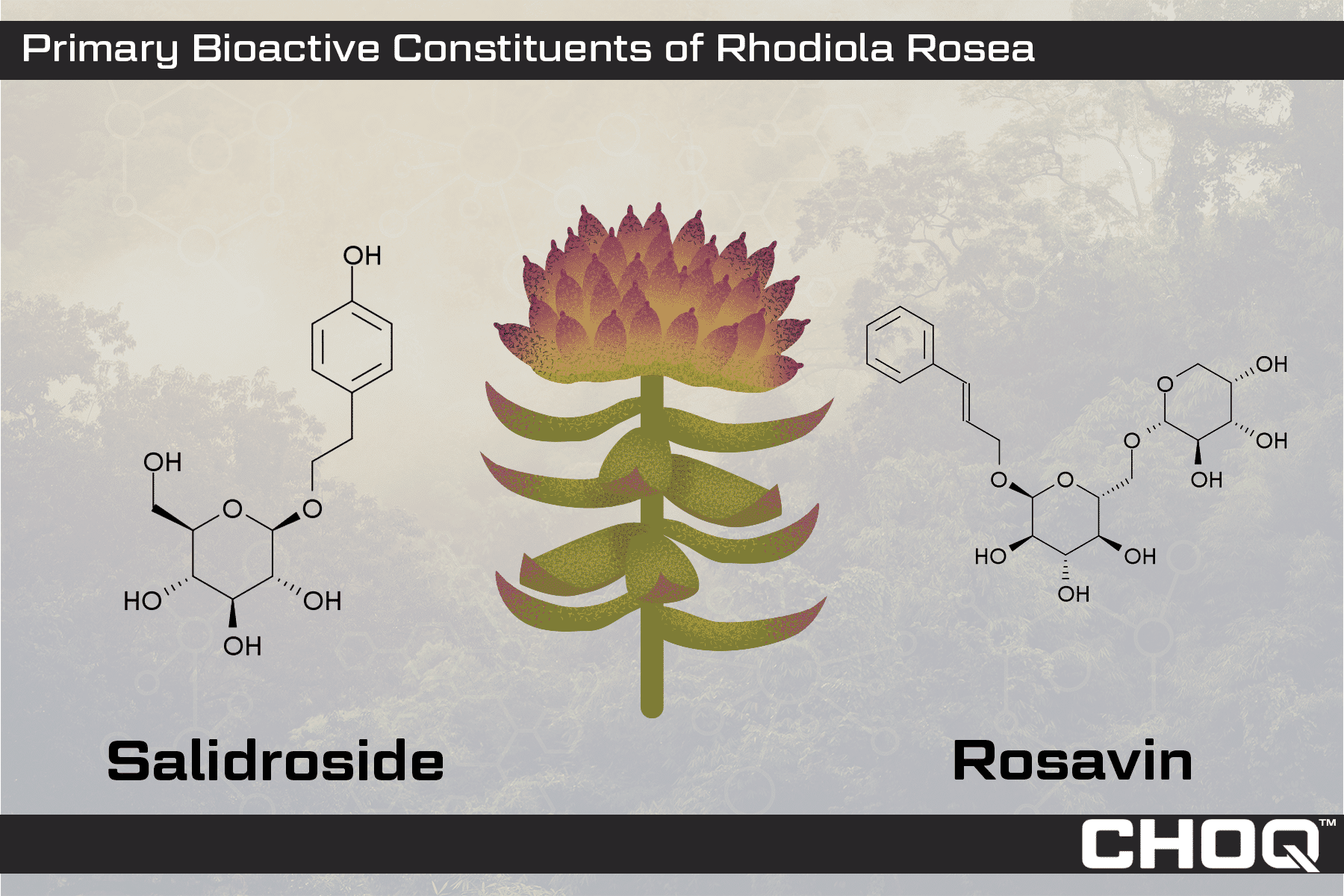 Research on the Cellular Effects of Rhodiola Rosea

Rhodiola extracts, containing naturally occurring phytonutrients such as Salidroside and the Rosavin family of bioactive glysosides, have demonstrated a vast array of documented biochemical effects, including:

Science is Important, but it isn’t Everything

If you’re a geek like I am, you probably loved all the references in this article.  If you’re not, then congratulations are in order if you made it this long.  Reading through a long list of scientific studies is undoubtedly an acquired taste.

While more research is certainly called for to explore all the medicinal properties of Rhodiola, there should be plenty to pique anyone’s interest.  That being said, science isn’t everything.

Even though I’m a medical practitioner and value empirical data, I also believe in personal experience and the value of intuition because I’m trained in Traditional Chinese Medicine.

Classic medical traditions like TCM and Ayurveda have helped humanity heal for millennia without any knowledge of cells or molecules, and without access to microscopes or computers.

These practitioners used a combination of logic and intuition to study the effects these plants had on the human body and came up with their own internally-consistent language to describe all of it.  They paid close attention using all of their senses and trusted their personal experiences with plant medicine.

Although science is critical to ensure the safety and efficacy of herbal products, and to delve more deeply into the biochemistry of how they work, we must pay respect to the more ecologically harmonious medical traditions of the world, and the deep wisdom which stems from their holistic, spiritually-aware philosophies of mind and body.

Rhodiola rosea, like so many other adaptogenic treasures, is a plant that should appeal to the hardcore biohackers just as much as it does the more natural-leaning, earth-loving crowd.  Whether you’re an athlete, a programmer, an organic farmer, or a yogi, it undoubtedly has something to offer you.