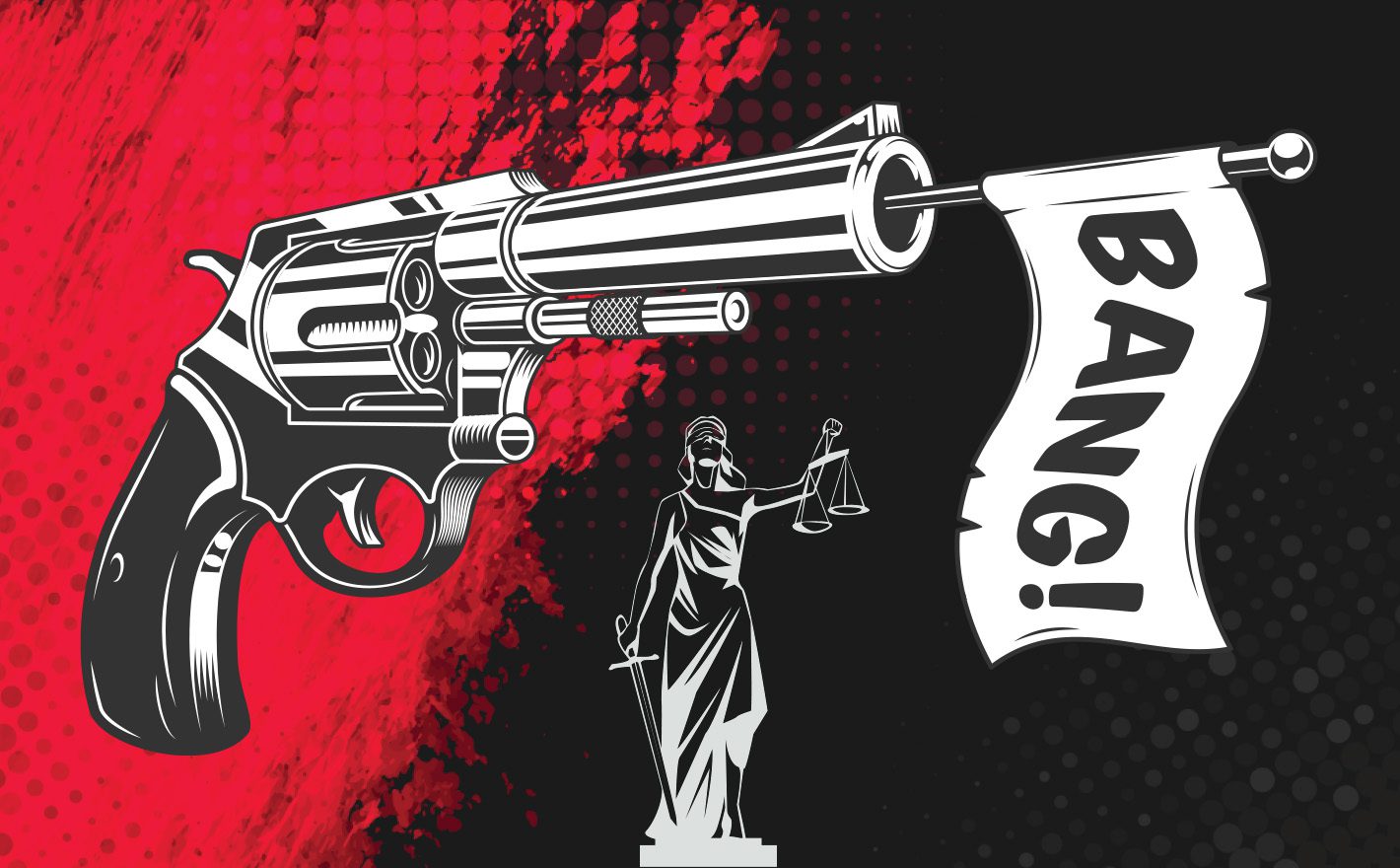 How Much Creatine is in Bang? Not Enough for this Jury.

According to recent reports, Monster accused Bang of false advertising with respect to its claims regarding its patented ‘Bang Super Creatine’, a form of the popular pre workout supplement that’s touted for supporting increases in performance and muscle mass.

This comes after a $175 million lawsuit that they lost a couple of months ago for trademark infringement, so that puts Bang’s bad boy bar tab close to half a billion dollars.

Does Bang have Creatine in it or not?  CEO Jack Owoc says yes.

Before writing this article, I had a look at some popular online searches for creatine.  My favorite one was, “does creatine make you taller?”

It’s true, however, that among the myriad of energy and muscle boosting supplements on the market, creatine actually has some of the most substantial research behind it (and no, it doesn’t ruin your kidneys).  Like Shilajit, creatine supports healthy mitochondrial function.  Creatine phosphate functions in the muscle cell by serving as a kind of energy buffer, assisting in the creation of ATP, the ‘energy currency’ of all cellular machinery.

Speaking of research, Bang energy drink CEO Jack Owoc likes to talk about how Vital Pharmaceuticals is deeply committed to the scientific study of their ingredients as well as ethical business practices, something that–in retrospect–may have been a bad idea.

In this Silicon Review article, based on an interview with Jack Owoc, the author states:

“Jack Owoc’s original mission statement was simple: make the highest quality nutritional supplements in the world, backed by scientific research. He felt obligated to start his own supplement company and set the strictest standards in manufacturing because he was tired of all the lies and deception that unscrupulous supplement companies were engaging in to purposefully rip off consumers.

Well, aspiring to the level of transparency and rock-solid ethics of the pharmaceutical industry is certainly one way to impress upon your customers just how much you care.

However, when you go out of your way to say you’re not being deceptive, you had better be prepared to back that up.  Unfortunately for Jack and the Bang family, bro science has a tendency not to hold up in a court of law.

So, How Much Creatine is in Bang Exactly?

According to their rival, Monster, as well as the California jury who found Vital Pharmaceuticals guilty last week, the answer to that question is: ZERO.

One article reports that, “according to the lawsuit, Bang advertised its “Super Creatine” as being “20 times more effective at reaching the brain than other forms of creatine,” and said its energy drink can “reverse mental retardation” and help cure disorders like Alzheimer’s and Parkinson’s Disease.”

Wow, talk about bad form.  Making ridiculous claims like that is a great way to get the FDA incredibly upset with you, not to mention the FTC, your competitors, and probably your grandmother.

Surprisingly, Bang Super Creatine is in fact a unique ingredient.  Jack Owoc is even listed on the patent.  The molecular name for their special creatine is ‘Creatyl-L-Leucine’, meaning that the creatine has been bound to the amino acid leucine, a branched-chain amino acid that’s also purported to enhance muscle growth.

Does Bang Super Creatine actually live up to its claims of being 20 times more effective at reaching the brain, though?  According to a paper published earlier this year in a peer-reviewed nutrition journal, the answer is no.

The title of the paper says it all: “The Dietary Supplement Creatyl-L-Leucine Does Not Bioaccumulate in Muscle, Brain or Plasma and Is Not a Significant Bioavailable Source of Creatine”.

It’s not within the scope of this blog to comment on whether this paper is accurate or not, but if someone is doing independent research on your patented creatine and finding out that it doesn’t even get into the bloodstream at all, let alone your muscles, then you have a big problem on your hands.

There’s plenty of research to back up the claim that regular creatine (the monohydrate form) does in fact get into the blood and support cellular energy production and muscle growth, so if Vital Pharmaceuticals had simply used this standard form, then they may not have gotten into trouble, but that’s only if they put enough in their products to be detectable.

Even if they had put a decent amount of actually bioavailable creatine in their beverages, though, you’d still have no way of knowing it because it’s in a proprietary blend.

Like most other companies, Bang uses ‘proprietary blends’, which are often employed as a way of fooling you into thinking you’re getting an effective product when you’re being underdosed.

While the articles on the Bang versus Monster trial do not mention whether laboratory testing was used to determine the ’Bang Super Creatine’ content of their energy drinks, it seems quite likely that this was the case, as it’s the only way to prove it beyond any shadow of a doubt.

Part of the problem is that many products don’t actually tell you the amounts of their active ingredients.  By law, a food product or dietary supplement only has to disclose the quantities of nutrients like fat, protein, carbs, vitamins, and minerals.

Anything else can be hidden away in a proprietary blend.  For example, a company could put only 1 milligram of creatine, or Tongkat Ali, or 5-HTP in their proprietary blend, and nobody would know.

At CHOQ, we’re well aware of the underhanded tactics that so many supplement companies still use, which is why we’re one of a tiny handful of companies that use full-disclosure labeling.  In other words, we always tell you the exact amount of every single active ingredient, even though by law we don’t have to.

This lets you do your own research to determine if we’re actually putting enough of something in our products to do anything.  In other words, if we were fairy dusting, you would know it.

“What in the bleep is fairy dusting?” you might be asking.  To explain, here’s an excerpt from our blog on underdosing and industry deception, ‘Why Proprietary Blends Suck‘ (a MUST READ!):

“This is what’s known in the industry as fairy dusting: when a company puts sub-threshold, essentially inactive doses of ingredients in their product, hidden inside a proprietary blend, just to make the product look good on the label and make you more likely to buy it.”

So, if you look at the label of a Bang energy drink, you’ll see that the actual amount of creatine is not listed.  Again, according to the FDA, companies do not actually have to list the individual amounts of ingredients like creatine.  This also applies to herbs, nutrients like CoQ10, and literally thousands of different ingredients.

So be careful out there when you’re buying supplements–especially pre workout products–-as it’s a lot more like the Wild West than you might imagine.

Will Monster continue to hammer Bang into the ground with more lawsuits?  Will Jack Owoc and Vital Pharmaceutcials recover from this debacle?  Time will tell.

In the meantime, we’ll be chilling here at CHOQ Nation keeping it real, practicing full-disclosure labeling, and always telling you exactly how much of each active ingredient you’re getting. 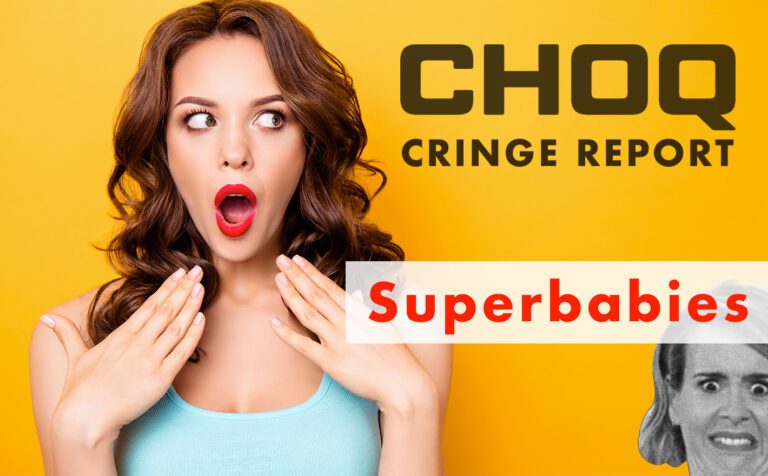