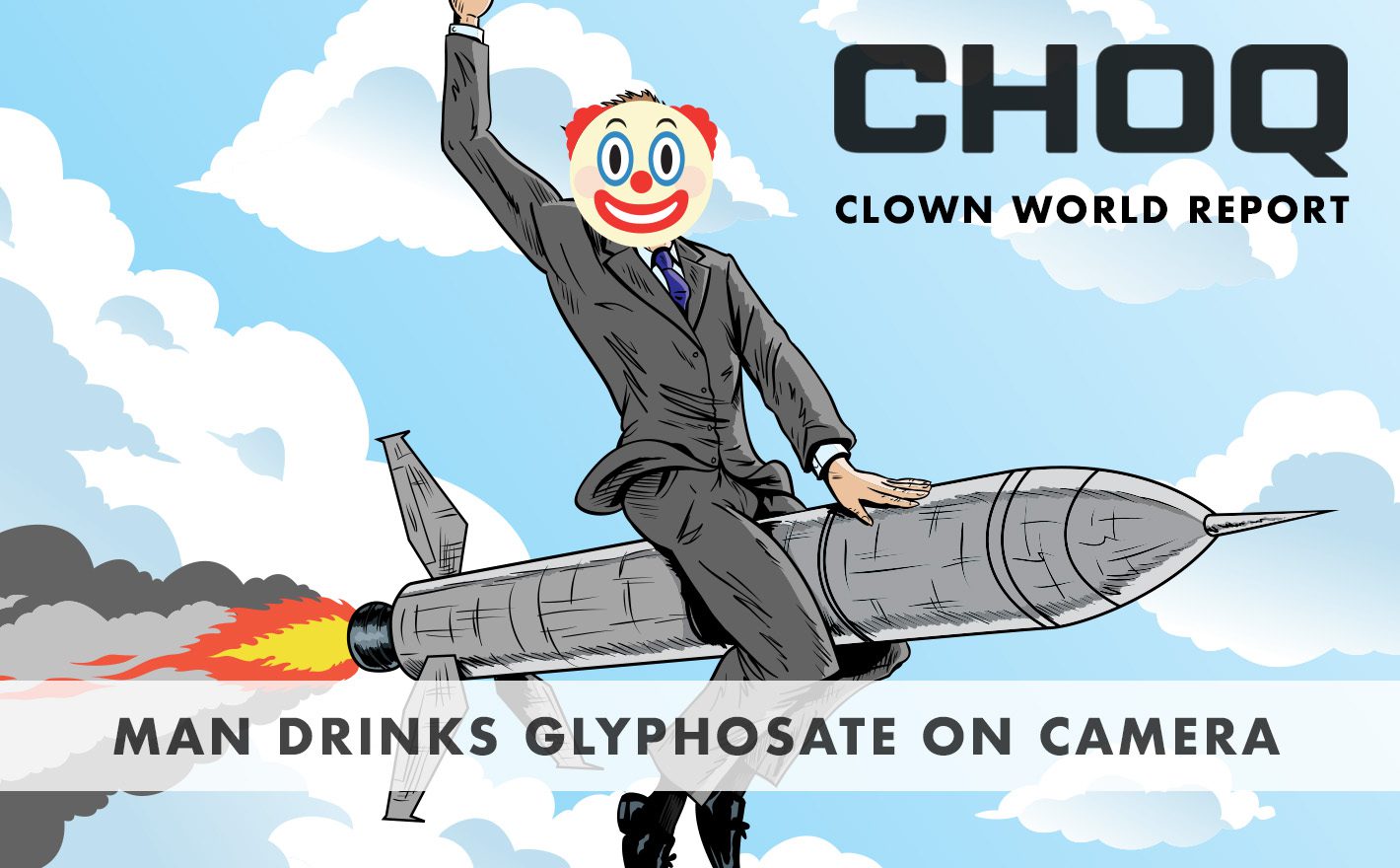 This week’s Clown World Report: watch a man who is dumb enough to drink Glyphosate on camera.

If you still don’t know that the pesticide glyphosate is a poison, then you may just be a clown.

Ever seen that classic GOTCHA! video of pro-pesticide scientist Patrick Moore claiming that glyphosate is so safe that you can drink it, and then being suddenly presented with a glass by the journalist interviewing him, only for him to embarassingly turn it down?

Well, a man by the name of Stu Burguiere watched that video and decided to do it for real.

In the video embedded at the end of this post, before he drinks the glass of toxic sludge, you’ll see Stu first spend several minutes attempting to use junk science to ‘prove’ that glyphosate is safer than:

And what sort of mendacious clown logic is Stu using to bolster this absolutely insane argument?  In short, he abuses the concept of LD50.

LD50, a measure of the acute toxicity of a compound, is defined as the dose (measured in mg/kg) that is necessary to kill 50% of a population of test animals.

Glyphosate, Stu argues, has an LD50 of 4,900, which is far higher than all the other ‘safer’ compounds listed, meaning that it must be extremely low in its toxicity, right?

Pssst, if you feel like laughing right now, check out ‘Memes of Fire’, our collection of homegrown, 100% USDA Organic certified, GMO-free memes!

Stu, if you’re reading this: how about you tell Dewayne Johnson, the groundskeeper who was awarded hundreds of millions of dollars in a lawsuit against Monsanto for what this poison did to his body, that it’s safer than salt?

If Stu had anyone who was actually scientifically literate on his staff, they may have pointed out that his entire argument was based on conflating acute toxicity with overall toxicity (which includes the chronic effects of what a chemical like glyphosate can do over long periods of time).  Just because something doesn’t kill you right away, that doesn’t mean that it can’t seriously harm you when consumed for years on a daily basis.

Science shows that that’s exaclty what glyphosate does: slowly chips away at your health over long periods of time.

Studies done by molecular biologist Dr. Séralini (read this blog for more info) have demonstrated that glyphosate can have massive effects at an ultra-low dose over a period of two years.

Anyone who believes that this poison is safe simply has not reviewed the science.  Period, end of story.

We do our best to thrive in the chemical soup we’ve placed ourselves in, but it’s not easy. Pesticides, plastics, heavy metals, radiation, and God knows what else make it increasingly harder to remain a fully functional human.  For many of us, our vitality is but a fraction of our ancestors’.

In Clown World, in this landscape of the tragically toxic, the clinically-researched, meticulously sourced herbs that CHOQ® offers are no longer a luxury but an absolute necessity.  Ashwagandha, Shilajit, and Tongkat Ali have changed my life and the lives of thousands of others.

Until you’ve reclaimed your vitality with these powerful gifts from nature, you don’t know what you’re missing.

Unlike almost all supplement companies, we have full disclosure labeling and clinically-researched botanicals, used at doses that are proven effective in humans: that’s what makes our products stand out.  That’s why we have hundreds of 5-star reviews.

Like everyone else at CHOQ®, I’m deeply passionate about the need to rid our bodies of toxic chemicals so that we can actually live up to our full potential, which is why I compiled years of personal research in order to create APEX Glutathione, a 12-ingredient product designed to optimize detoxification and support healthy mood and focus amidst the extreme toxicity of the modern world. Many report euphoria and profound mental clarity after taking APEX just a couple of times.

And now, the main attraction: 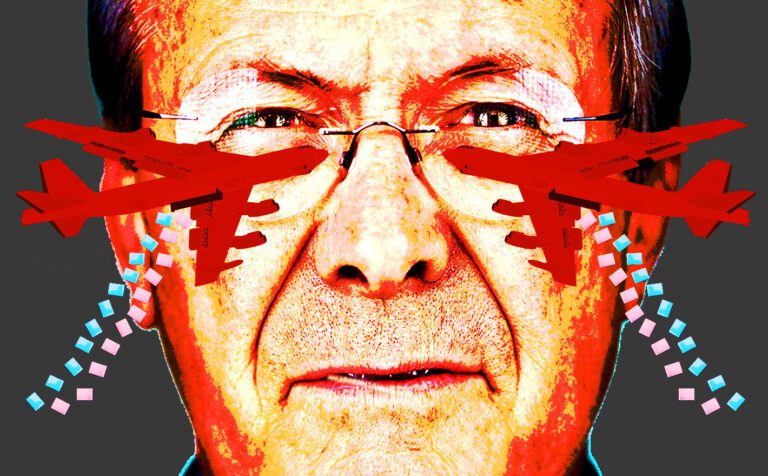