The Many Faces of Testosterone

Yin and Yang.  Female and male.  Earth and sky.  Cold and hot.

The manifest world is founded on the essential principle of the interaction of two opposing yet mutually dependent, ultimately cooperative forces.

As above, so below, as the famous Hermetic maxim goes.

Just as with everything else in nature, this interplay occurs everywhere within the human body, generating a panoply of infinitely diverse forms all based on this same motif.

Another clear example of this Yin-Yang dynamic lies within the endocrine system in the form of estrogens and androgens, a perfect pair of opposites that serve as the guiding forces that physiologically differentiate males from females.

Observe the Taiji symbol for a moment (known commonly as the “Yin-Yang”).  Notice how Yin and Yang contain small amounts of each other.  Inside the white is a little black, and inside the black is a little white.

Each aspect contains its opposite: 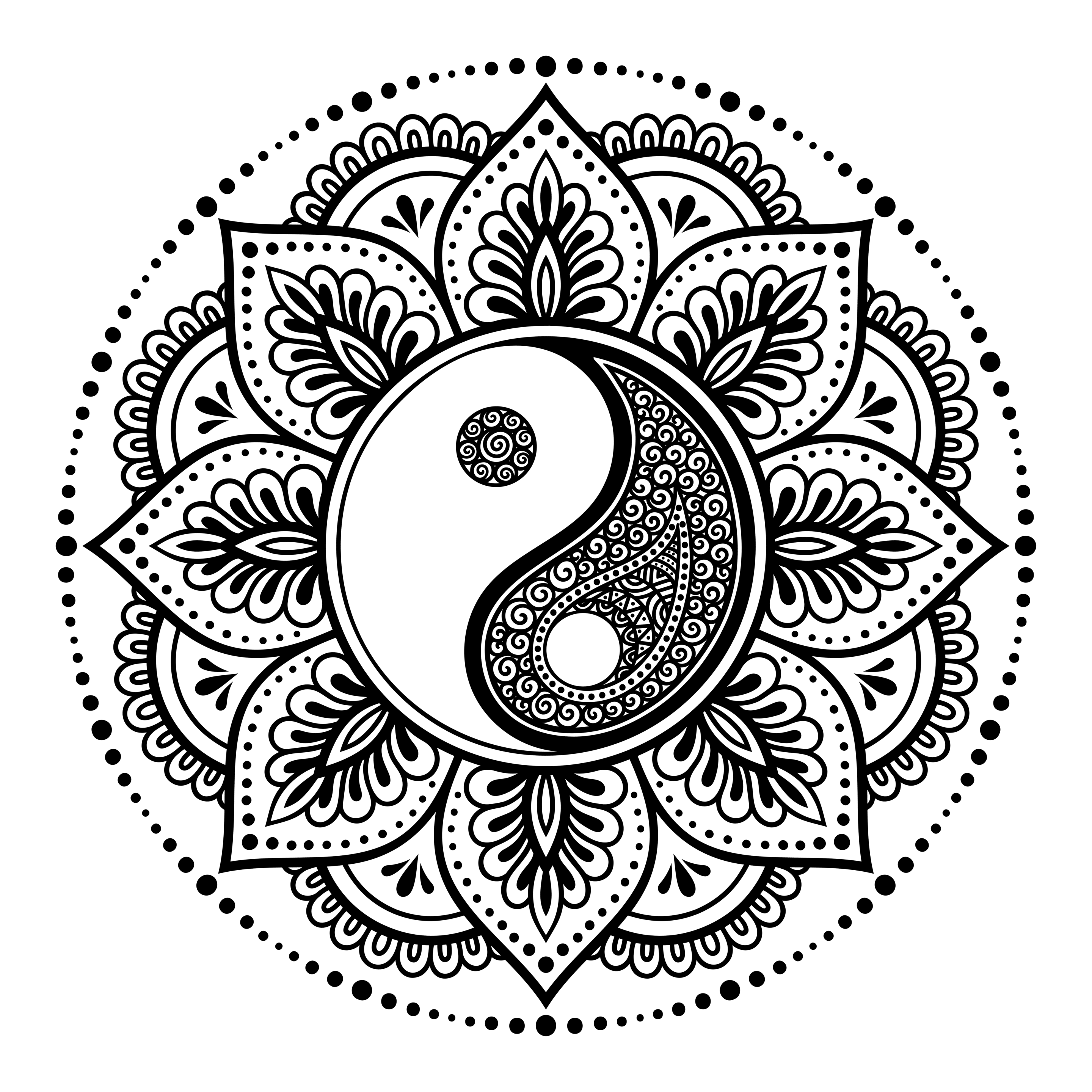 Although women have far more estrogen than men, they also require small amounts of androgens like testosterone to function normally, and the converse is also true in men—whose total testosterone typically amounts to around 20 times more than a female’s—but who also require a dash of estrogen to maintain balance.

Congenital estrogen deficiency in men can cause a host of troubles, including osteoporosis, sexual dysfunction, and obesity.  Estrogen receptors are found in the male urethra as well as the corpus cavernosum, the sponge-like tissue inside the penis that maintains erection by holding the blood.

A little bit of estrogen is critical for male sexual health, but pathologically high estrogen levels in men are also extremely deleterious when it comes to maintaining erectile function.

The truth is never found in absolutes.  It’s all about achieving a comfortable balance between the extremes, especially when it comes to hormones like estrogen and testosterone.

As the quintessential male / Yang hormone, testosterone is commonly associated with aggression, confidence, assertiveness, and dominance, and there’s plenty of evidence to support these concepts, but there’s also no shortage of research that makes PhDs scratch their heads and question their assumptions about the psychosocial effects of T.

In one study, male participants were given either a shot of testosterone or placebo and then observed as they played a game that involved making various financial offers to other players, simulating a kind of business negotiation.

On the one hand, the players who received extra testosterone behaved as expected, punishing other players who gave them unfair offers far more severely.

On the other hand, those same participants were much more generous than their lower androgen counterparts when given offers that they perceived as more than fair.

The authors of the study concluded that testosterone causes both prosocial and antisocial behaviors at the same time, permitting us to consider testosterone as less of a stereotype and more of a paradox than previously thought.

Another study that used a standardized extract of Tongkat Ali named LJ-100® in order to elevate androgens in male volunteers found that the extract increased testosterone by 37% but actually decreased anger by 12%.

Because the intervention used was a botanical and not pure testosterone, it’s possible that the decrease in anger could have been due to other effects from LJ-100® that are independent of its testosterone boosting capabilities, such as reducing cortisol.

Notably, acts of aggression can themselves create an increase in testosterone and a reduction in cortisol, in particular when a male is victorious in battle.

One could hypothesize then that males who already have optimal testosterone and cortisol levels may crave winning less, and thus may not need to play as many games or start as many fights.

As we respect the fundamental truth reflected in the Yin-Yang manifestation principle, it becomes obvious that health is all about balance.  It seems fair then, according to this philosophy (and also the available research), to conclude that both an excess and a deficiency of testosterone can lead to increased aggression and negative mood states.

The same is true with neurotransmitters.  For example, an excess of dopamine can wreak havoc on your mental state just as much as a deficiency can.

These days, testosterone excess is almost never the problem, though, except for perhaps pubescent delinquents and steroid-abusing bodybuilders.

No, our civilization’s problem is quite the opposite.

Testosterone on the Decline

Male testosterone levels are massively on the decline, along with sperm counts.  A study published in the Journal of Clinical Endocrinology and Metabolism first sounded the alarm in 2007 with the following statement:

“These findings indicate that the past 20 years have seen substantial age-independent decreases in male serum T concentrations, decreases that do not appear to be the consequence of the contemporaneous trends in health and lifestyle considered here. It remains unclear to what these apparent population-level decreases in T are attributable.”

The study, which measured the testosterone levels in over 1500 men, took great care to control for various factors that are known to influence testosterone, such as age, smoking, diabetes, heart disease, and obesity.

The numbers are staggering.  As one article from Reuters put it:

“The average levels of the male hormone dropped by 1 percent a year, Dr. Thomas Travison and colleagues from the New England Research Institutes in Watertown, Massachusetts, found. This means that, for example, a 65-year-old man in 2002 would have testosterone levels 15 percent lower than those of a 65-year-old in 1987.”

Given this research, and the fact that TRT (Testosterone Replacement Therapy) is massively on the rise, with prescriptions doubling just in the three year period between 2010 and 2013, it’s clear that low testosterone is a major problem for men.

Considering that depression has tripled since COVID began, and the fact that testosterone is clinically effective in reducing depressive symptoms, it’s something to take seriously when it comes to mental health (for more on the many causes of depression, see my article on the topic here).

Many of these symptoms are not unlike those found in men with low T.

In oophorectomized women (meaning their ovaries were surgically removed), these low T effects can be particularly pronounced.

One study compared the effects of estrogen only versus estrogen plus testosterone in these women, and noted that the testosterone group showed significant positive effects on sexual satisfaction and interest in sex.

In this study, the testosterone group also showed decreased levels of SHBG (Sex Hormone Binding Globulin), likely indicating that the body did not need to deactivate as much of the estrogen when its Yang counterpart was present (my interpretation of the data, not the authors’).

Excess estrogen is less destructive when testosterone levels are optimal, helping to close the gap between extremes.

In medicine, it’s known that the use of birth control pills, for example, tends to increase SHBG.  It’s as if the body is trying to mop up all the excess estrogen flooding a woman’s bloodstream in order to protect her.

Have things gotten better or worse as a result of our technological advancement?

A truly compelling case could be made for both.  Much like testosterone, our increasing mastery of the elements is stupefyingly paradoxical.

Science has created a world in which fewer people die from acute infection, but thousands more die from chronic conditions, a world where we live far longer, but are on the whole more miserable, a world with infinite width and zero depth.

This is what philosopher Ken Wilber calls “the dialectic of progress”.  Each time we advance as a civilization, we create new problems, some of which even eclipse the old ones, towering over them and making them seem trivial by comparison.

With respect to hormonal health and fertility, it’s patently obvious that one of the reasons that it’s seriously declining is because of our nature-deficient, artificial lifestyles; our obsession with the synthetic; our increasing unfamiliarity with the natural wellness traditions that have sustained us for millennia, about which our culture has become suddenly amnesic (incidentally, oil magnate John D Rockefeller had a huge hand in this).

What then, are the real reasons that testosterone levels and hormonal well-being are rapidly deteriorating?  Check out the follow-up to this article, Hormones Under Fire: Worse Living Through Chemistry, to learn just how we got here.

Also, if you’d like to learn more about how to naturally support hormone health and protect yourself against the onslaught of hormone disrupting chemicals, check out these awesome blogs: 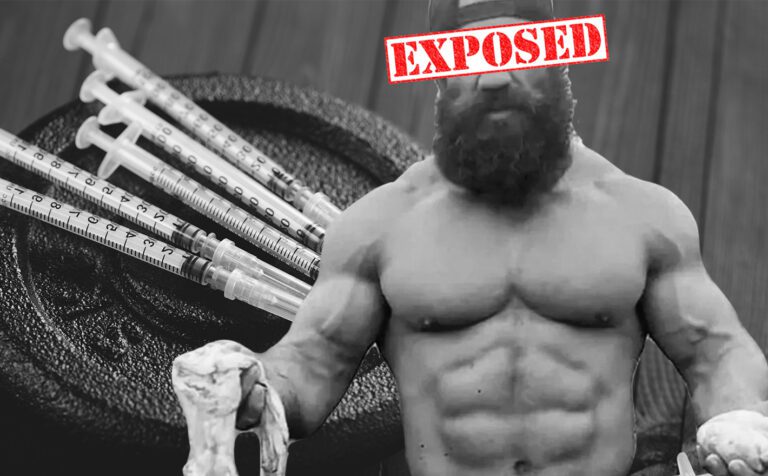 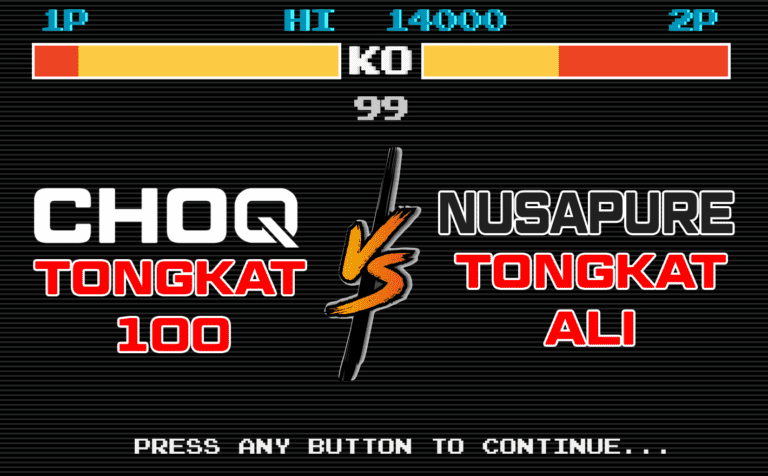 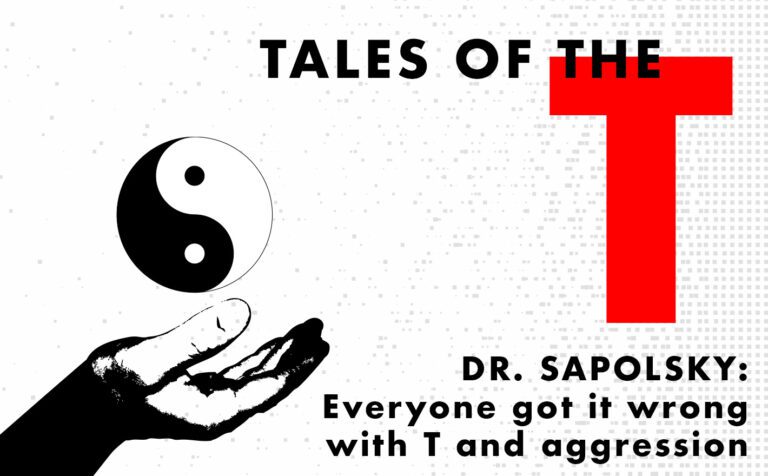