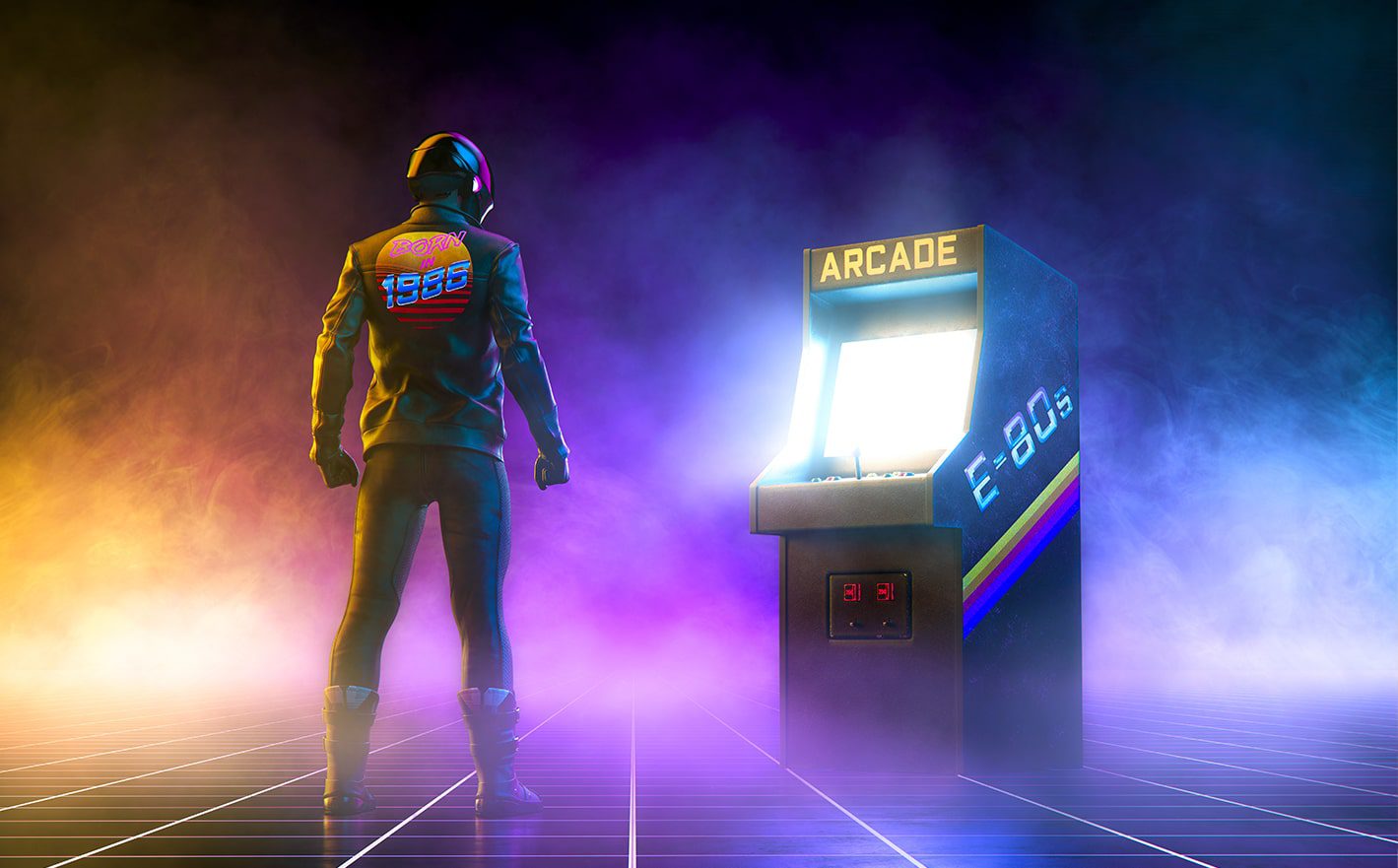 Why You Need to Be a Player

*Note: the topic of this blog is actually far more innocent than the title suggests 😉

“The debt we owe to the play of imagination is incalculable”

Mark Twain was a wise man, but in a sense, he was wrong.

We are indeed obliged to play, by the need to be whole, by the urge to achieve balance, and by the duty to be in touch with our sense of creativity and spontaneity…not to mention that we desperately need it for our mental health.

All kinds of animals play, not just mammals.  Nature is fairly pragmatic, so why is play behavior so common in so many creatures, both in their adolescent and in their adult phases?

Why does nature demand that we play?

Male spiders are known to play at copulating quickly enough to get away from a female before another male comes and attacks them (thank goodness that higher vertebrates like humans don’t this on a regular basis).

In many animals, the purpose of play is far more nuanced than merely practicing a behavior or developing some kind of muscle memory, though.  Biologist Marc Bekoff believes that play is integral to the development of ethics in higher mammals.  There’s evidence that it may work this way for humans as well.

Experiments done on rats have demonstrated that play enhances social intelligence and makes them less impulsive as adults (incidentally, these are the same researchers that determined that rats actually laugh).

The same is likely true for humans too, according to some psychologists.

Evidence points to the fact that play is healthy on many levels, but it’s not something we should see as worth our time simply because it provides health benefits or makes us more efficient workers.

That very mentality is itself the opposite of playfulness because it makes it all about the ends, entirely overlooking the means.

Our culture is hopelessly obsessed with productivity.  Many of us tend to think of activities in the context of “will this make me better at doing X?” because we tend to measure our self-worth according to our abilities.  We have a totally unconscious and ancient economic belief system that makes us over-identify with how productive we are to thank for this obsession.

Done properly, play is performed for its own sake.  It should be seen first and foremost for what it truly is on the deepest level: something that dramatically enhances our quality of life and restores our humanity and sense of wonder.

That being said, it’s still ok to have more reasons to play.

Who are we kidding?  We’re used to hard facts.  We love research.  If someone needs a double-blind, placebo-controlled randomized clinical trial done at Johns Hopkins in order to convince him or her that being silly and playful is crucial for health, then sure, why not?

Note: unlike in my usual articles, I won’t be referencing any double-blind, placebo-controlled RCTs here, but there will be at least a modicum of science to back up what I’m saying.

Before we continue, though, let us consider these words from eminent philosophical entertainer and playful genius, Alan Watts:

“But you see, when we use the word game or play in English, we usually tend to mean that it’s something trivial. You see, we divide life very strictly into play and work…so that most people are working at tasks which they hate so that they can make enough money to stop doing it and play.  This is perfectly ridiculous…Supposing you do earn time to spare and money to spend, what is there to buy with it? The answer is the other fake and joyless products made by other people who hate their work.  And play is considered something separate from work. Work is serious, play is not serious. In fact, we have a strange incapacity to play at all because we always, especially in the United States, play with an ulterior motive. That is to say, play is good for you. And we do everything because it’s good for us.”

Defining Play: it’s All About Attitude

Psychologist Dr. Peter Gray has spent the better part of his career studying the effects of play.

There are five primary characteristics that he believes define play (these are quoted directly from his Psychology Today article):

In addition to these characteristics, he also points out that play is not an all-or-nothing phenomenon.  In other words, play and work can blend in a variety of ratios.  Taking out the trash, for example, could be done while singing and dancing.

According to Dr. Gray, play is more about attitude than a specific behavior.

For example, right now I’m way behind where I’d like to be in terms of completing this article.  So now I’m obliged to ask myself, “how could I apply these concepts as I write?”

One obvious example would be from characteristic #2.  If I only value the end, then I’m not being playful.  So right now, simply reminding myself that I love writing, that it’s an inherently pleasurable act, takes some of the focus away from just worrying about the finished product and how much longer it will take me to get there.

And yes, I can already feel it working!  I feel a bit more playful and a bit less stressed, which brings me to characteristic #5.  Alertness I have down (based on the sizable quantity of Rhodiola and cacao I’ve had today!), and the stress is getting better the more I allow myself just to write whatever comes to mind.

Sure, if I continue down this road, there may be parts of this blog that might seem like stream of consciousness, but isn’t that the point?  A totally dry, unabashedly dull article on the importance of playfulness would be a monument to stupidity, would it not?

So yes, I’m giving myself permission to play, which is exactly what I’d like you to do for yourself.

So ask yourself right now how you could apply these ideas to whatever you have to do today.  How could you increase the ratio of play to work while still completing your tasks for the day?  Just the intention to shift your attitude toward one of increased playfulness will likely bear some fruit and reduce your cortisol levels a bit.

Remember, if you shift your focus from the need to complete the task to the enjoyment of the task itself, you’ve already begun to shift into a more playful attitude.

The 4 Types of Adult Playfulness

Relatively little research has been done on play in adults, but the little bit that’s out there is nothing short of fascinating.

Psychologist Dr. René Proyer has created an inventory that scores adults according to four different kinds of playfulness.  It’s called the OLIW-playfulness questionnaire.

According to Dr. Proyer’s work, these are the 4 types of adult playfulness:

Do you consider yourself to be a playful person?  If so, which of these four categories do you resonate with?

I’m certain I’d score fairly high in all of these, as I consider myself an incredibly playful person.  I mean, if I weren’t, would I have even chosen to write about this topic in the first place?

But what about those folks who score low?  What are the negative consequences of lacking playfulness as an adult (aside from just being a dreadfully boring person)?

In a 2018 paper by Proyer et al., the authors suggest that playful adults may be more interested in promoting and maintaining their health, noting positive correlations between playfulness, activity levels, and cardiorespiratory fitness.

Thus, a lack of playfulness could mean less of all of these.

Correlation is not causation, though.  It’s unclear as to whether greater cardiovascular and respiratory functionality or a more active lifestyle cause greater playfulness, or whether it’s the other way around.

It stands to reason that people with better circulation who exercise regularly might be more likely to be in the kind of mood state from which playfulness naturally arises.

Dr. Proyer also states that playfulness is positively associated with problem-solving abilities.  He says that when more playful adults are attempting to tackle difficult problems, “they can easily change perspectives.  This allows them to find unusual and novel solutions.”

In other words, playfulness is deeply involved with mental flexibility.

One famous person who seems to exemplify this is Albert Einstein, who by many accounts was an extremely humorous person who loathed convention.  This was perhaps his greatest asset as a physicist in that it enabled him to tackle the biggest problems in his field from a variety of different perspectives.

Given the many contributions he made to physics, Einstein was clearly an assiduous worker, but perhaps he was so successful because he managed to approach his work with an attitude of playfulness.

“A calm and modest life brings more happiness than the pursuit of success combined with constant restlessness.”

We all know that kind of restlessness: the kind that makes us fixate on getting everything done perfectly, on overworking now so we can finally relax at some distant point in the future.  It’s all about completing the task so we can finally chill and enjoy the fruits of our labor.

We have to be careful not to project our happiness into the future, justifying an unnecessary sense of struggle in the present in order to eventually achieve some end that we think will eventually deliver prosperity.

Einstein’s words of wisdom are great, but the circumstances under which he famously wrote them down are nothing short of legendary, and they prove his level of playfulness and mental flexibility all the more profoundly than the quote itself.

In 1922, Einstein was at a hotel in Tokyo when he received word that he won the Nobel Prize.  He reached into his pocket to find some coins to tip the bellboy who delivered the message but found that he had no money with which to pay him.

So he wrote that quote on a piece of hotel stationery and gave it to the boy, telling him that one day it would likely be worth far more than a normal tip.

A few years ago, that piece of paper sold for over $1.5 million.

Although some people are so chronically serious that they may seem beyond hope, according to a recent study, playfulness in adults can be stimulated, and the effects on mood and well-being are significant.

The researchers divided the participants into three groups.  In one group, they were to write about playful situations that occurred each day for a week.  In another group, they were told to reflect on playful moments throughout the day.  The control group was given a task that had nothing to do with play.

The participants filled out questionnaires before, during, and after the study that were meant to assess their quality of life and levels of depression (if any).

The authors concluded that both of the play-based interventions significantly, though modestly, increased psychological well-being and decreased symptoms of depression.

So there you have it!  Scientific proof that you can elevate your mood through play, but isn’t that a bit like coming up with an elaborate experiment to prove that water is indeed wet?

If you needed some data, though, hopefully these studies helped whet your whistle.  For now, just remember this: some of our greatest geniuses have been incredibly playful people: daydreamers, clowns, hooligans, comedians.

If you want to be more like them, I suggest you take playfulness more seriously.  Now get off your phone/computer and do something to feed your inner child!

I guarantee you’ll be a better person for it. 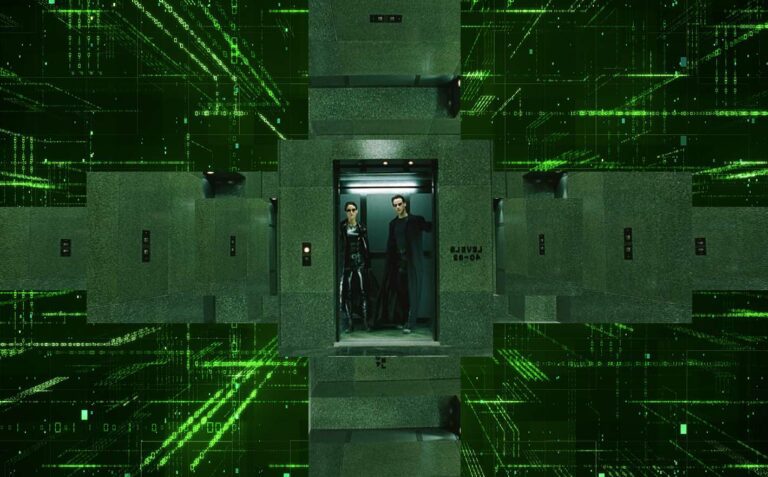