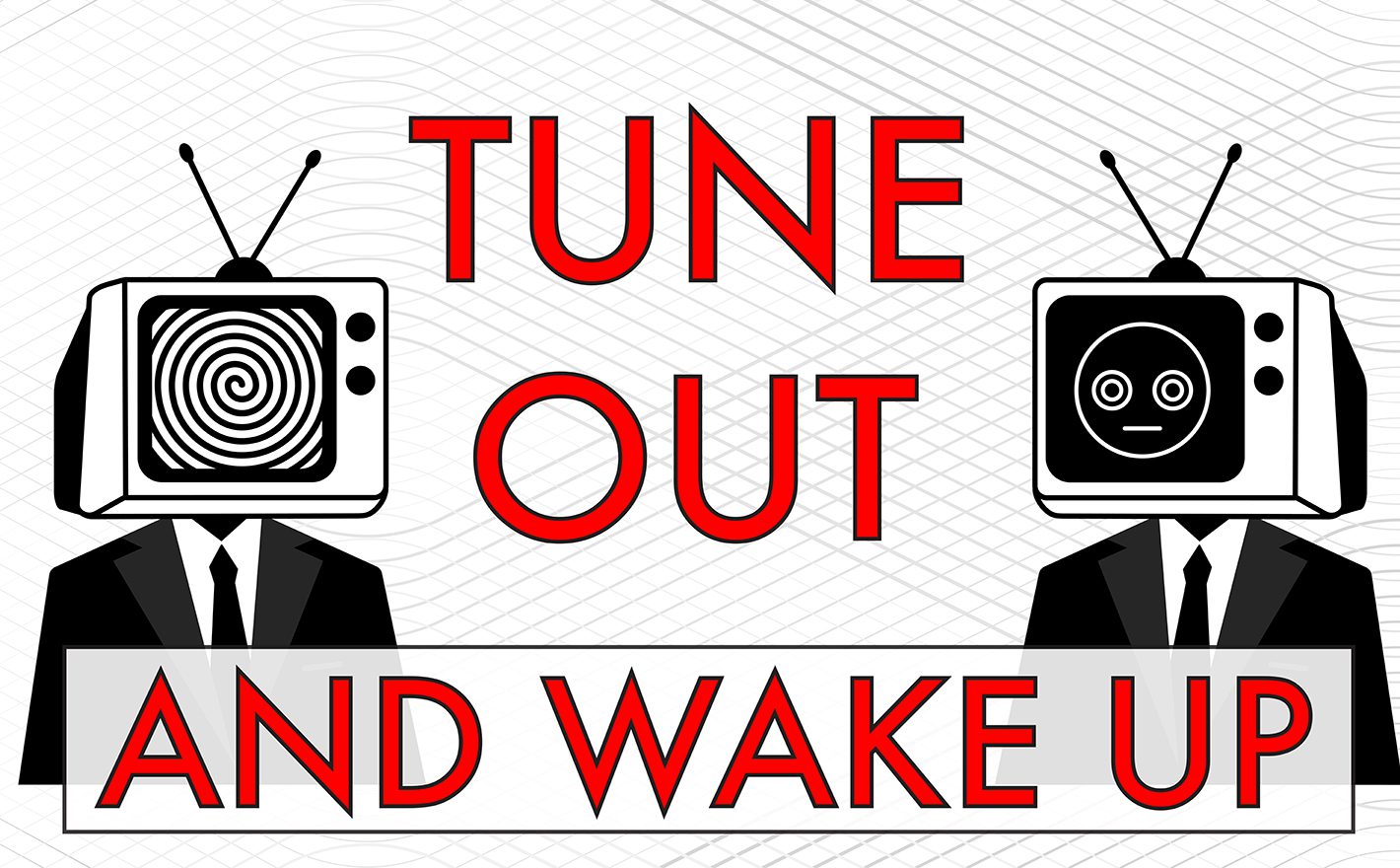 Tune Out and Wake Up

Tensions between governments and the governed continue to rise as protests like the Freedom Convoy pop up in various countries. Fears of widespread shortages and general chaos are propagating at breakneck speeds.

…And all this after being battered for two years with daily blasts on death counts, lockdowns, and new mandates.

We’re beyond saturated with bad news. If there were ever a time to drastically reconsider your relationship with the news, it would be now.

No matter where you get your news from, whether it’s more mainstream sources like Fox or CNN, or various popular YouTube personalities like Russel Brand or Kim Iversen, or more ‘truther’ oriented sources such as Alex Jones or Paul Joseph Watson, the dangers remain the same:

Of course, there’s nothing wrong with being informed about the state of the world, but we should be asking ourselves questions like, “how much does this information actually help me?” and, “is this good for my health?”

I submit that—for the most part—we’re not watching the news for the reason we think we are, and that understanding what’s really happening in our minds while we consume the news will naturally help us reduce our intake and ultimately make us more balanced people.

If you were to ask a random person on the street why they watch the news, you might get an answer like, “to stay informed about the state of the world.” Fair enough.

But is that really the only reason? Furthermore, is that even the main reason?

WE DON’T WATCH THE NEWS FOR THE REASON WE THINK

Adrenaline: it’s your primary stress hormone.  Along with cortisol (which is known to negatively affect immunity), it assists the body in responding to acute stressors.

If you want to understand the fight-or-flight response and what it’s ultimately for, it’s helpful to appreciate it through the lens of evolutionary biology.

The fight-or-flight response has evolved over millions of years to do one thing: save your life in an emergency. If an animal in the wild is confronted with a predator, for example, this system kicks in to ensure optimal performance, so that it can either stay and fight effectively or get away and live to stress another day.

The physiological effects of the activation of the sympathetic nervous system include:

(As a quick aside, testosterone and cortisol have been shown to work oppositely to one another. In a study done at the University of Texas, volunteers’ levels of cortisol were able to antagonize the behavioral effects of testosterone.  Many adaptogens such as Tongkat Ali and Ashwagandha are known to simultaneously increase testosterone and decrease cortisol.)

Humans are wired to pay far more attention to bad news. That’s because our nervous systems prioritize information that relates to survival. Whether we like it or not, some ancient evolutionary part of us actually enjoys bad news because it feels like it’s optimizing our survival.

One man’s stress is another man’s excitement. There’s a fine line between the two (neurologically speaking, that line has everything to do with how much dopamine is in your brain at the time).

How much of our watching of the news is actually a manifestation of this need for mental stimulation?

A short 2.5 minute-long video from NBC News manages to outline exactly how watching bad news is bad for us, and how it activates adrenaline and the stress response. Despite the fact that nearly everything in this video paints news consumption in a negative light, the video is bizarrely titled, ‘Watching Bad News Can Be Good For Your Brain’.

In the video, the narrator mentions that a study linked the consumption of TV coverage of the 9/11 attacks was linked to depression, PTSD, and anxiety, and stress.

TUNE OUT AND WAKE UP

I recommend using the time you would have spent consuming coverage of impending doom and world collapse on healthy behaviors instead.  Sure, stay informed, but if you make a concerted effort to take frequent breaks and use that time for activities that enhance your physical, emotional, and mental wellbeing, then it’s sure to make you a more consious, functional person.

Here are some blogs I’ve written that may be helpful resources:

And on that note, don’t forget to laugh!

War is serious as a heart attack (which seem to be on the rise for some reason).  Do your best to keep a light heart!  In that spirit, I’ll leave you with our very own CHOQ affiliate and world-class comedian, Tyler Fischer, doing an impeccable impression of Jordan Peterson (who actually saw the video and tweeted about it!).

Matt Dorsey is a Doctor of Acupuncture and Chinese Medicine, medical herbalist, clinical nutritionist, and supplement industry veteran. As our Chief Product Officer, he heads product development and relies on his extensive training to ensure that our supplements are safe and effective.
Sign up and save 25%
Get priority access to our legendary giveaways
and great content on natural living